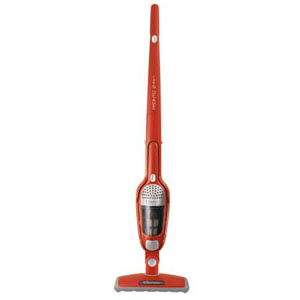 Passover is finally ended and we celebrated by going to Crumbs bakery and getting cupcakes. If you have a Crumbs near you, you have to go and sample at least one cupcake. I know you won't be able to resist when you see things like S'Mores and Hostess cupcakes all delicious and made from natural ingredients. Check out the website to see for yourself.
Sorry to be posting so late for yesterday, but it was too late to post and I had too much to do today. It was my day to call a few places. First I called Electrolux. We bought a stick vacuum from them and it works on a 9.5 volt battery. So Electrolux sent us a letter stating that certain serial numbers were being recalled. The battery causes a fire!! So I checked and of course we had one of these disastrous models. So Electrolux, a company which has always meant quality to me, was super nice. Of course, they have to be. They probably had some very irate customers when that happened to them. They are sending me a box to send them back just the handheld part and they are going to replace it for me.:) I'm just glad they are, since this vacuum has never been great when you use it with the stick. When you use only the hand held part it works much better. But isn't that a Dust Buster? I liked the stick because you didn't have to bend down. We'll see how it works with the new model. :)
The second thing I had to do was call the furniture store where we bought our sofa about seven or eight years ago. The sofa cushions due to my overweight husband sitting on them have become ridiculously low and uncomfortable. So I had to tell them and they're getting back to me with an estimate. If it is too high I'm going to go to one of those hobby stores and stuff them myself.:)
Enough about my domestic woes. But I do want to update you on the mattress situation. I didn't want to post about this until it had come to an end and I think today with the third and last mattress shipment it has finally ended and my daughter will not need to exchange it again. Here is the history for anyone who doesn't know about this. I spent a lot of time describing this experience. In the past two weeks we had another mattress delivered, which had another imperfection and it was taken today and replaced with the third and last mattress. So my daughter let the delivery guys go after she has inspected the mattress and then she finds a tiny part of the binding is a little uneven. But she's not exchanging it for that! Thank goodness. :) So I can safely say that the Sleepy's mattress saga is over!!! Yay!!! I now feel like a mattress expert.:)
Here is my poem for April 14, 2009, yesterday, Tuesday. The prompt was to write a Love poem and an anti-Love poem. Go to Poetic Asides with Robert Brewer to see the prompts and post your own. Here are both of them. I gave them to my husband, but since they can't be eaten or used as money he had very little to say about them.:( I'm actually pretty happy with them. Please let me know what you think.
Love
The moment I fell in love

I knew when you held me close
and I wanted to melt into you,
this was destiny
planting its mark on my lips.
anti - Love
Do you still love me?

We’re older, larger,
Not babies floundering in the
throes of love
But you have forgotten why
we chose to spend this life
together

You bellow trying to destroy it
entirely hoping the pain of lost
virility will ease and we will be
back to the couple we once were
clinging to each other safe in our
interlocked arms.

I go through the motions
Hoping the boy I knew might
return in a glance for a few minutes
Knowing the man I knew lays
dormant inside the monster
you want me to believe you’ve
become and peeps out every
now and then for strangers and clients.

I’ve told you I miss the we of us
You’ve used that to wrench open
my heart as if my words were light
snow falling upon your ears
as you trod upon my feelings hoping to
stamp out the last flames of my lifelong
love for you that transcends illness and
goes beyond your bloated body filled with
Illness and marked with scars.

Go ahead and pull the threads apart
Sever the connection we’ve treasured
for so long as you concentrate on
the disgust you feel for me
Remember once you break the magic
circle the demons can rush in and
I will fly away
Floating in the sorrow of broken love.
copyright 2009 by Barbara Ehrentreu

I will be posting my poem for today on a separate post. In the interest of keeping my posts a little shorter.:) Please leave a comment. They are like my applause.:) Thank you to my readers. Until the next time, hope you all have a great day!

Posted by Barbara Ehrentreu at 11:40 PM