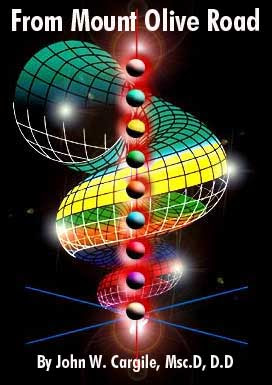 Today wraps up our guest author John Wayne Cargile with his book, The Cry of the Cuckoos, and again many thanks to him for participating in the discussion we had in the comments section.:) Also thank you to everyone who commented. You are all in the drawing for the free eBook, and the name of the winner will be announced later this week. I have included a book cover of the eBook the lucky winner will receive.
My schedule for guest authors is filling up for both May and June and right now I have at least three more for May and June.:) If you are interested in being a guest author here, please contact me on Facebook and let me know. Or leave a comment here. I'll get back to you as soon as I can.:)
My daughters are worried still about swine flu. From what I could see there are only twenty people in the United States who have it. Please take precautions though. Washing your hands is really important as suggested by the CDC website. Also I suggest taking extra vitamin C and a very strong multivitamin. I don't care what doctors say, but I've been taking a very strong one for almost twenty years and it really works.:) I take Maxine Vitamins from Country Life. They are great for women and they do make one for men too. :)
Here is the poem for Day 26. The prompt was to write about a misunderstanding. Here is one that actually happened to me. If there is anything that is a little bit odd it has happened to me. The towing yesterday also happened to me and there is a postscript about that at the end of this post.

I took my seat and saved
the seat next to me. Warding
off movie goers who looked
over at me with disdain as the
theater began to fill and mine,
a coveted front row seat was
next to an empty one on the
aisle I saved for you.
I waited, craning my neck to
see the back of the theater
Hoping you’d appear each
moment as the lights dimmed
and you still weren’t there.

When the movie ended and we
streamed into the lobby there
you were coming from the
theater next to mine
“Where were you”” I said after
a peck on your lips.
“I saw the movie.”
“But I left your ticket for you
with the ticket taker.”
“You did?”
“Yes, how did you not get it?”
“I went up to the ticket taker
and there was no ticket there.”
“What,” I said, “ where was it?”
“I just got another ticket and
saw the other movie.”

We walked up to the ticket taker
Eager to solve this mystery.
“Don’t you remember I said to give the
ticket to a man who looked like this one?”
I pointed to my husband. She said, “Oh
no, a man who fitted that description
came by and I gave him the ticket.”
"You mean there's another man who
looks like him?" We all laughed and
accepted the free tickets for next time
from the manager who told us this
was a first for him.
copyright 2009 by Barbara Ehrentreu
*****************************************************************************
Here is the postscript to "Towing Our Car" poem. Yes, the AAA called us at 3AM and deposited the car at the right service station. My husband went to check on the car and our usual mechanic is looking at it. If you are interested in knowing more I will probably have some information on the next post.:)
Until the next time, this week I will be highlighting a new blog instead of interviewing a guest author on Thursday. It could be yours, if you have one. I have a few people in mind, but no winner yet.:)

Posted by Barbara Ehrentreu at 8:21 PM