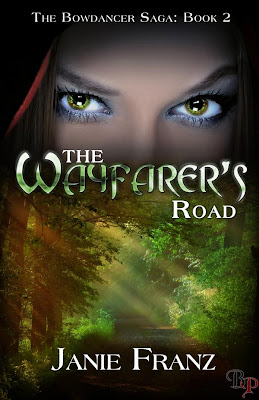 If you didn't know this, Cheryl won the drawing for a free book from Jo Lindsdell-Feliciani. What a great couple of weeks we had with her as my guest author. Thank you to all who left a comment or question for her. If we can pull it off, Jo may be a guest on my show.:)
So next Monday is my cataract operation and I had my pre-op exam yesterday. But unfortunately, though everything is fine and the exam went well, I did a stupid thing. This was so stupid that it actually might top the list of stupid things I have done in my life. In fact, it was kind of elaborate involving my doctor with her hands, in gloves, in the paper garbage looking for my key. Yes, I thought I had lost my keys in the exam room or the lab room where I went to get my blood done and an EKG. So I went down to the lab and there was also someone there who went into the garbage for me. The compassion of the people in Mt. Kisco Medical Group gave me fresh hope for mankind. However, no one found my keys and I feared that they were lost. So my daughter and I drove home very dejected. When I got home I checked and they weren't there. But eventually I found them and they were in a place too embarrassing to say here. No, it wasn't an embarrassing place, but after everyone had looked all over for the keys I feel ridiculous saying where I did find them. I told Mt. Kisco Medical Group that I found them in between the car seat and the door when I called them this morning to let them know that I had found my keys.:) I'm not saying anymore.
Enough about my life!! My husband is going up to Boston tomorrow to see a specialist in Massachusetts General. I'm hoping they might be able to get him off the prednisone so we all can stop feeling like we are in boot camp.:) He continues to improve each day and is working out and very focused. It's like a little miracle and I'm also knocking on wood a lot.
My Review of The Wayfarer's Road:The Bowdancer Saga, Book 2
by Janie Franz
Breathless Press, Calgary, Alberta
Copyright 2010 by Janie Franz
ISBN: 978-1-926771-56-4
Now to the real reason I am posting. I just finished reading The Wayfarer's Road by Janie Franz and had to write this review immediately. With this second book we revisit Jan-nell while she is traveling. From the first moment Jan-nell, the bowdancer from The Bowdancer, comes into the tavern with the interchange between her and the tavern owner I was hooked. She has a precocious three year old child, Mira-nell, with her. This is her daughter from the union of Jan-nell and the man who had swept her off her feet in her village and tempted her to leave her life as a healer and a bowdancer. When Khrin, another traveler, who is also a ballad singer, comes to her aid, she must decide what to do. Should she travel with him along The Wayfarer's Road or brave the trip alone with her young daughter? When Jan-nell decides to throw her lot in with Khrin she wonders how they will fare.
Though this is a short novel it is packed with adventure, suspense, and even romance. Janie Franz has created a society that could be anywhere and any time in a society before technology. She delineates the character of her main characters, digging deep into their own pasts to give us a true picture of each person. Away from her village, Jan-nell is a different person and I enjoyed meeting this new one who is a mother and must scrounge for food at times. She is feisty, but she can take care of herself too.
What I liked most about this book is the relationship between Jan-nell and Khrin. As they gradually become friendlier and friendlier the two of them get into giant scrapes, but as they travel The Wayfarer's Road they get closer and closer to their own goals. And as the story unfolds there is no way to know what the ending will be. I just enjoyed traveling the road with Jan-nell, Khrin, and Mira-nell. After reading this I feel like I truly know these people. With a straightforward yet slightly old fashioned way of writing and vocabulary, this book speeds along in the world that Janie Franz has created in The Bowdancer Saga. If you are looking for a way to escape from the modern world where you are constantly connected, reading The Wayfarer's Road will bring you to a time when traveling was fraught with danger and communication required face to face interaction.
For anyone who did not visit when Janie was the guest author here you can go to the blog post, Welcome Guest Author Janie Franz to learn more about her.
Thank you to all my new readers and to all the people who continue to read my meanderings. There is a lot of talk these days about the reaction people have to the internet. There is some study from China that talks about the internet causing depression in people. On the contrary the internet and knowing that people will read my words keeps me sane!!!:) I am constantly meeting new people who knock my socks off.:) And I can share my poetry as well.
Here are the poems from last week and this week from Poetic Asides by Robert Brewer:
Wednesday, July 28, 2010

Prompt: Write about the cold

The scene outside with gentle snowflakes
mounding outside my window created
exuberance to slide on the snow and
run and jump, make snowballs
And I would fly outside bundled to
the neck in snowsuit, hat, scarf, mittens
Eager for the joy of playing in the soft flakes
until cold visited with its biting presence
And my fingers numb and frozen forced me
back inside and my dad almost always
was there to warm them as my mittens dried
on the store’s radiator. Except that one night
when he sent me home and mom and he
made me go to bed without supper for interrupting
his sales.

It was spaghetti and meatballs my favorite until then.
Outside my room I heard them chewing it and the
aroma slipped under the door. I never ate it again
At the mere mention of the food bile rose in my throat
So I shunned it for years angry at my parents
Never realizing that cold was the real culprit here.
copyright 2010 by Barbara Ehrentreu

In the hallways I shivered from the cold stares
of the popular girls whose cheerleader knees
and cardigan wearing boyfriends sat behind a
wall of ice for me
As I maneuvered through the frigid corridors
bore the icicle stares in class at my too short
poodle cut hair and wider hips clad in plaid
pleated skirts while they languidly strolled the
halls in a warm glow surrounded by their
ever present followers.

The ice solidified and formed a glacier on which I rode like a
stranded polar bear on the edges of the ice floe
And in my head I dreamed of the ice melting and the walls
collapsing as we did the unthinkable and became friends.
copyright 2010 by Barbara Ehrentreu

Shop till you drop

Your feet are burning from hours
of marching around the internal playground
for grownups known as the mall
Yet you continue searching for the perfect dress.
You've been in every dressing room trying on
anything in what you think is your size,
but even though you have squeezed into some
that made your body look like two sacks of potatoes
the perfect dress alludes you
Dressing back into your own clothes you leave the dressing room
slack jawed eyes dulled, but suddenly an ethereal light shines -
for you have spotted it
Angelic choruses burst into hallelujah
as you speed toward the rack
eyes on the prize arriving seconds later
to check the tag. Finding to your horror it is the wrong size
and you crumple to the floor in horror.
You have shopped till you dropped!
copyright 2010 by Barbara Ehrentreu


Shopping on the Sidewalk

The three year old boy ran his tiny hand over the
rough concrete squares of the sidewalk
pinching his index finger and thumb together to pick up a
small speck, moving to the crack where another prize lay
wedged into it. A white tube of paper thrown there by
a thoughtless pedestrian after he or she had sucked
the poison out leaving a stub waiting for the eager
innocent fingers of
a child to find and maybe bring the prize to his lips.
At that moment his father, who had been staring ahead,
barely listening to his daughter at his side ask,
“Do I have a necklace at your house?” saw the scene
and picked up his son.

Dwarfing the boy’s hand the father opened his palm
for the treasure. Held in the grip of his son’s fingers
it fell silently as time stilled And as finally it landed,
a miniscule piece of a flower petal, I looked on the
sidewalk seeing for the first time a rosebud and petals
strewn here and there. The boy trampled over the bud.
His shopping was done.

why the man stared ahead ignoring the two cherubs at his side
and why when he finally got up to the counter they carried cones
with scoops larger than their heads.
copyright 2010 by Barbara Ehrentreu

Enjoy the rest of the summer. Come listen to Janie Franz on my show, Thursday, August 27th at 3PM Central time, Red River Writers Live Tales from the Pages. Also on that show are Jill Helene Fettner, who has a story published in the anthology, Chicken Soup for the Preteen Soul. It should be another great show!!!