Book Release Party for The Shadow of the Unicorn:The Legacy by Suzanne de Montigny

I always love parties and today we are having a party for a newly released book, The Shadow of the Unicorn:The Legacy by Suzanne de Montigny. This is very exciting and we will be partying until there is no virtual food left.

Of course, I have brought my famous chocolate chip cookies and I hope you will all bring something to this party. It would be fun if you would bring one of your characters. I think it's always fun for characters to meet each other. Also, who wouldn't love to meet a unicorn and one so brave!!!

Actually, let's meet Suzanne de Montigny, the author and find out more about her and her work.

Hi Suzanne. Welcome to my blog and let's get this party started with a little information about you. 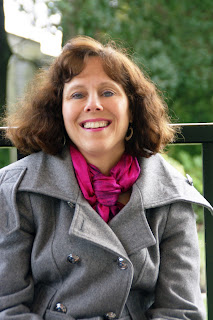 I’m mighty proud to say I’m a Canadian girl born in Vancouver, B.C., and raised in a small town called Chilliwack a hundred km east of Vancouver where my father practiced medicine.

2. Tell us a little about your life before you started writing.
Believe it or not, I started out as a free-lance composer and pianist. I used to play piano around town and write music for everything from television, to plays, to industrial videos. But don’t tell anyone about the last one – it’s commonly known as elevator music. Then I got tired of living in poverty and taught elementary music for over twenty years. During that time, I discovered I was a pretty good storyteller. The kids would behave just so I’d make up a story on the spot at the end of class. Later, I took off a couple of years to take care of my two young boys. It was during this time, I started writing.

3.    Why did you decide to start writing?
Here’s a bit of a spooky story for you. When my father died, I kept walking around his funeral saying, “I feel like writing a book.”  I like to think he planted the idea in my head from the other side.

4.  Did anyone influence you in your writing?

I always loved Lucie Maude Montgomery, Kurt Vonnegut, James Michener, Jack London, and Ray Bradbury. I also love Kit Pearce, one of our Canadian authors. So I suppose they all influenced me. In French, I love Arlette Cousture.

5.    Would you share with us the story of how you got your first novel published?

When I was in grade six, I had a creative writing project due. I got carried away and wrote a six chapter book about a unicorn. I got an A+ and have always kept that little book in a safe place. Then about five years ago, I was cleaning out the basement and found an old box full of childhood memorabilia, and in that box, I found a partial rewrite of the first four chapters that I had done somewhere in my teens. I chuckled and threw it in the blue box. Then, a couple of days later, I thought, “I should at least see what I wrote.” So I dried the rain off and read it. I was just fascinated, and the following week, I began writing it. Later, I submitted it to two agents and was rejected because it wasn’t the kind of story they were looking for. But then, one day, I opened up the MuseItUp site, that had a big winged Pegasus for a banner. I thought, “That’s where my unicorns will live.” And I was right.

6.  What was the inspiration for your latest book? Have you always been interested in fantasy?
My latest novel, entitled: A Town Bewitched came from our experience with a fiddling camp a few years ago. My two boys and I are avid fiddlers. We all play classical violin too, but our passion is definitely fiddling. When we attended the  camp, we were absolutely lit on fire. It was like we were bewitched. And what was even better, was that one of the instructors moved to town so we could continue studying with her. Then one day, I thought, “What would happen if a whole town was lit on fire like us, only there was something really wrong with the fiddler?”

7.   When you write which is more important for you to start with, the plot or the characters?
I have a beginning, a middle, and an end in mind and characters just walk in. One minute they’re not there, the next, they are. I always say that writing is like reading a really good book only you’re writing it. I don’t know what’s going to happen next. It just comes to me as I go.

8.    Please describe a typical writing day for us.
I get up at five AM, answer e-mails, tweet, FB, blog, and then I write until the boys get up. After I drive them to school, I exercise or run errands. Then I write until they come home. After that, it’s all about them.

9.    What have you planned to celebrate the release of Shadow of a Unicorn?
Well, my husband got up early on Friday when it was released, and bought me a bouquet of flowers. Then we went for Chinese food with friends that night, and ended up back home singing Christmas carols. Then, on the ninth, I’m having a live launching for friends and families where I’ll be collecting used eye glasses for the Third World Eye Care Society. And BTW, just so everyone knows, half of all my proceeds will be going to the Third World Eye Care Society, a group of eye specialists who travel to underdeveloped nations bringing thousands of pairs of glasses and performing eye surgery for free. I figure since I can’t do anything about my rotten eyesight, I can at least help someone else restore their vision.

That is such a great thing to do for these countries!!

10.   Do you have any WIP’s on which you are working? Would you please share them with us?
I’m frantically writing the second of the Shadow of the Unicorn series. And I’ll only tell you that there’s a second natural disaster, but I won’t say what.

11.  Are you doing any contests with this release?
Being a newby, I’m completely in the dark about contests. I’m hoping I’ll find out soon. It would be cool to add under my belt.

Suzanne de Montigny wrote her first unicorn novel when she was twelve. Several years later, she discovered it in an old box in the basement, and thus began her love affair with unicorns. A teacher in Vancouver, B.C., she learned she could spin a good tale that kept kids and teachers begging for more. She has written four novels. THE SHADOW OF THE UNICORN: THE LEGACY is her first. Living in Burnaby, she resides with her husband and two boys.
Book Trailer

Let's find out about your book:

A loud, hissing sound filled the air. The unicorns looked up, their eyes filled with horror.
Azaria, a unicorn colt, is intrigued when the young, clairvoyant dinosaur, Darius, foresees a terrifying change to their world. When a giant fireball smashes into the earth, the unicorns struggle to survive the hurricanes and starvation that follow. But nothing compares to the danger when the creatures-that-walk-on-two-legs settle in the valley, and their leader discovers the healing power in the unicorns’ horns. Greedy and ruthless, Ishmael will stop at nothing in his pursuit of wealth – even the complete extinction of the herd. Azaria must find a way to outsmart Ishmael before it’s too late.


Wow, Suzanne!!! This sounds a lot like what is happening to the rhino population!!

I want everyone to know that Suzanne is giving away a free ebook to the lucky commenter who wins the drawing. Meanwhile let's get this party started!!!

Here are my virtual chocolate chip cookies. Help yourself and I hope everyone gets to read this book! I have it on my TBR list and I will be posting a review very soon!!! 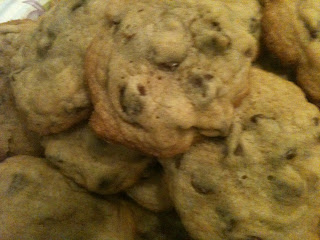 Here is where you can find more about Suzanne de Montigny:

www.suzannedemontigny.com
https://www.facebook.com/unicorngirl52?ref=hl
https://twitter.com/sfierymountain
You can find the book here:
https://museituppublishing.com/bookstore2/index.php?page=shop.product_details&flypage=flypage.tpl&product_id=466&category_id=10&keyword=the+Shadow+of+the+unicorns&option=com_virtuemart&Itemid=1
Don't forget to leave a comment!! Come join the party!!!