Bunny Ears on a Car? 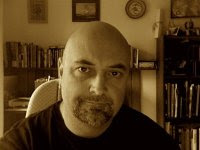 Check out this video and learn more about this fascinating science fiction/fantasy children's author. 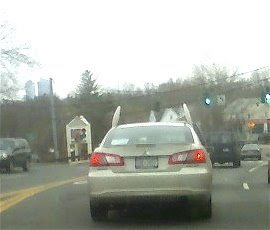 Cash, who enjoyed different versions of his songs, might have enjoyed seeing this interpretation. Whatever it was, at least he stayed on tune for the whole song and it wasn't boring.:)
The other surprise was the emergence of Anoop and the quality of his voice. He was excellent and so was Matt. Though people think Michael might go this week, I'm not sure. It could be Scott, because that would make three piano players on the show. The other one who might go is Lil Rounds, because though she is awesome sometimes, she has shown that she doesn't have variety. I don't want her to go, but she didn't do that song justice last night. Alexis seemed like Dolly Parton, but only about a half of her.:) She doesn't have the sparkle and the voice of Dolly. She tried hard, but she should have picked another song. Later last night my daughter and I watched the Top 100 Countdown for Country Music Videos on CMT and it was obvious that Carrie Underwood's song would have been much better for Alexis. The judges said that, but until I saw the video I thought that Alexis might pull through. Now, I'm not so sure. I also liked Kris, but have a feeling that he won't be there much longer. He may make it through this round, though. Danny did his usual best and so did Scott, though their inspirational songs are getting to me. But the lowlight of the evening was Megan. She had the flu, but her singing was like a form of throat singing. There is a tribe in Mongolia that does this and if you've ever heard this form of singing it sounds a little like what she did last night. Her outfit too was very torch singer and not at all country to me. I'm not thrilled with her usually so if you like her at least she had the guts to perform with the flu. Also looked pretty good, but that explains the non-expression in her eyes.:) Yes, I guess that is a little catty.:)
Why do I watch American Idol? It's a phenomenon that no one has analyzed yet, but I think it's because I enjoy seeing talented people who have not had the breaks rise to the top. I suppose it's survival of the fittest played out in a TV show setting. It's like when the Romans watched the gladiators fighting in the arena and bet on the one that would be killed. What is the difference between not voting for someone on American Idol and them being taken off the show and betting on the gladiator that will be alive at the end? Certainly there is no bloodshed on American Idol, but people are eliminated. My husband once told me that he loves when there are a lot of people and then they go down to only one. It may be that fascination that keeps us watching AI. Or maybe people enjoy watching other people look miserable. Or on the other hand, it's fun to watch the winners be happy. I'm pretty sure we don't watch it for the talent. Or could it be the interaction of the contestants with the judges or the judges bizarre behavior, especially Paula's, could be the reason.:) What was up with Paula smelling Simon's arm last night? Or was she snorting something off of that arm?LOL
Until the next time, I am hoping all of you will be joining us tomorrow for my first Guest Author interview with Simon Rose. He will be here in the afternoon to answer your questions so please come and bring friends.:) Thank you to all my readers and the wonderful comments you leave that help brighten up my day and warm my heart.
Posted by Barbara Ehrentreu at 7:53 AM