A New Pot from Calphalon! 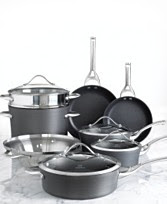