My thoughts on the passing of Farrah Fawcett and Michael Jackson 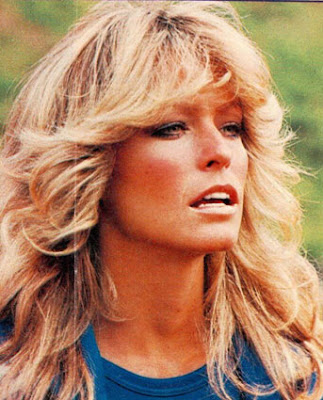 When I heard that Farrah Fawcett and Ryan O'Neal were getting married, I knew that she was probably not going to live much longer. This couple had avoided marriage for decades. It reminds me of one of my best friends who married her ex-husband about a week before he died. This friend is probably the closest to an angel I have ever seen. Her husband cheated on her and then left her to live with the woman he had been seeing. But when he got cancer and needed someone to nurse him she didn't want to do it. So she threw him out and my friend, who is a hospice nurse, offered to have him live with her and she nursed him. They got married with him in a wheel chair. He died soon afterward, but my friend was at peace.
Anyway, at least Farrah Fawcett and Ryan O'Neal were going to get married before she died. Before she got cancer and started to come on TV and talk about it and wrote about it, I remembered her for her hairstyle. What a furor there was over the Farrah Fawcett style. Every woman wanted to have it. I remember half the hair salon walking out with her hairstyle. Everyone wanted to have those sweeping wings on either side of the center part and it was so popular that even into the '90s women
wore that style. 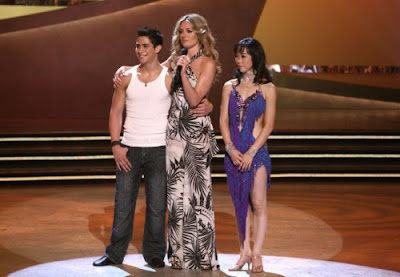 The style that bumped it completely was Rachel's from "Friends" which then became the style to have. Then after the "Charlie's Angels" movie there was a brief revival of the Farrah style with younger women. I wonder if Cat on "So You Think You Can Dance" wearing the Farrah style will influence others to have this style in memory of Farrah.
I was just getting used to her death this afternoon when we came back from Starbucks with a stop at Whole Foods to get a cooked chicken and a few other ingredients for quesadillas I made for dinner. As I got into the living room I saw the banner on the TV that Michael Jackson had died. It's pretty unusual that two people who were such icons would pass away on the same day. As they say these things usually come in threes. Ed McMahon died at the beginning of this week and now the two of them were gone. But with Michael Jackson's death we weren't prepared. So although it was very sad and certainly news, the news media immediately showed everything about Michael Jackson. Hours and hours of the young Michael and the Jackson Five ran on the usual cable news stations like MSNBC and CNN. CNN had commentary on his life and a two hour program devoted to him. Larry King gave his whole hour to it. Even on "So You Think You Can Dance" Nigel talked about the deaths of all three of them and they showed a brief clip of Michael Jackson in "Thriller". Nigel said that Fred Astaire had actually called Michael Jackson and told him he was a great dancer.
I think that people just incorporated Michael Jackson's dancing into his entire performance and yet when you look at "Thriller" and you seen the innovative steps he did all the time you can see the excellent dancing. He was a world phenomenon and it is because he was a monster performer. I never saw him in concert, but I remember how everyone was transfixed by the "Thriller" video. Little boys imitated his moon walk step and it was the step that every boy tried to do. Michael Jackson became a larger than life celebrity so it was a real shock when the details of what was happening on his "ranch" came out. What really happened with those boys and Michael Jackson will probably never be out in the open unless they write a book now that he is not longer here. It will be very interesting to see if the truth does come out as the various boys realize they might make some more money. It's hard to decide if they took innocent incidents and transformed them into sex abuse or if it really happened.
Who was Michael Jackson? He was very talented and a real powerhouse on stage. People were riveted by his performances and they translated into any language. He packed houses all over the world and he was preparing for another concert when his heart gave out. This concert series was also sold out.
As you can see, I am a big fan of "So You Think You Can Dance" and we've been following it this year from the auditions. So many of the male dancers said that they started dancing because of seeing Michael Jackson. There are many videos of cute little kids dancing to Michael Jackson on TV. And they adopted his hairstyle too. But the thing that was very unusual about Michael Jackson was his jeweled glove. When he burst onto the music scene no one looked like him. I never did find out why he wore the glove. If anyone knows and wants to tell me that would be great.:)
It's always hard to lose big stars. They have filled your TV screens and movies with their presence and if they are close to your age as Farrah Fawcett was you have pretty much known about them for decades. They have been a part of your life in some way. So losing them is more losing a part of your life. Both Farrah Fawcett and Michael Jackson did not have easy lives. But with celebrity comes a certain amount of sadness I believe. Yes, they had all the comforts they needed and in Michael Jackson's case, much more than he needed. But she had a stormy marital life and he had a notorious personal life bringing him into courtrooms more than on stage in the later part of his life. We're saying goodbye to two celebrities, but in some way it's more like saying goodbye to a huge chunk of each of our lives. Both of these people have shaped our culture and created huge crazes in society. Both will be missed for their contributions to our culture as well as their personalities.
Posted by Barbara Ehrentreu at 1:11 AM