The Oscars Have Come and Gone! 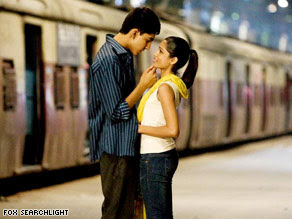 Congratulations to the
Academy Award Winners

Heath Ledger
Happy George Washington's Birthday - belated - the real one on February 22nd.
Every year I look forward to watching the Academy Awards. It's been with me since childhood. It's a fascination of mine to watch the beautiful women in their exquisite gowns parading up to the stage accepting their award and to watch the men in tuxedos try to look normal as they squirm uncomfortably in their custom-made jackets, probably longing to rip them off and sit there in their shirtsleeves.:) So it was the time to watch the Academy Awards and I settled down with my family to begin the marathon.
I expected Hugh Jackman to be great and he was! Even with that giant stage he shined with his dancing and singing. Was this the greatest Oscars I've ever seen? Maybe not. There have been funnier ones with other hosts, but the opening number was very well done. It wove the names and the events of each nominated film into a number done entirely by Jackman until Anne Hathaway joined him for a duet. She has such a beautiful voice that I hope someone decides to make a musical with her in it. I am a sucker for musicals.:)
The rest of the program went along as usual with a few exceptions. One of them was the use of past winners to extoll the virtues of each of the main categories for the actors and actresses. They did it for Best Supporting Actress and Actor and Best Actress and Actor. For Best Actress I couldn't believe how Sophia Loren looked up there. She must have had a lot of work done, because she is much older than I am and she looks fabulous!! There's so much more, but I'm only going to dwell on this a little bit more.
As I told you in my last blog, I knew we'd go see "Slumdog Millionaire" and for me the second viewing helped me to see why it deserved to win the Academy Award. Yes, "The Wrestler" was amazing, but the director only had to deal with a few people and settings. "The Curious Case of Benjamin Button" was also incredible, but again, aside from the make-up and costumes, the director had pretty comfortable settings to deal with and practically no children. "Milk" was great and certainly deserved a win as well, but I'm glad that Sean Penn won for Best Actor. For further information on the Academy Awards go here.
When you see the amount of people that Danny Boyle, the director, had to deal with and the expanse of space that he used, the movie seems almost amazing. Then add to that the children he had to work with who had never been in a movie! Directing children and getting those performances is why he got the Best Director award. But seen in total with the music and the fact that this is India and especially, Mumbai, this is a magnificent achievement. I lived in New Delhi, India for about a month and though I am sure by now it is changed - we were there 38 years ago - I am also sure that some things have remained the same. At any rate, I was able to see the things I had missed on first viewing. The music was much more evident to me on second viewing. It's not that I didn't notice it, but with so much to see on screen the music is supposed to be almost invisible in a good movie. It is a force that moves the action along and I could understand why it won for Best Song and Best Score.
(Warning- if you haven't seen "Slumdog Millionaire" don't read this next paragraph. There are spoilers. Skip to the next paragraph.)
We as Westerners are not familiar with Indian music, but the combination of rhythms was unusual and it was so catchy I found myself tapping my feet in several places. The person who wrote the score, A. R. Rahman, was able to capture the exuberance of childhood as well as the pace of a city. The music ties the whole movie together. But the best part is the homage to Bollywood at the end, the dance number, where Jamal and Latika are finally together after they share a beautiful movie kiss and then everyone joins them in this celebration dance! It has no reason to be there and that is why it tickled me.:) I loved it!! In fact, it sort of made the movie for me. it's like you are there with the two of them celebrating their freedom, and there's no one to stop them now from living their lives. It's very joyful and that is the essence of this movie. I'm not sure if watching it a third time I'll get this feeling, but if it's a true Academy Award film it deserves a third watching. Of course, it will probably not make my list of never miss movies: 1. Breakfast at Tiffany's 2. Rebecca 3. One Fine Day 4. Sleepless in Seattle 5. You've Got Mail.  And one other thing: They played my favorite song, Moon River tonight as a backdrop for one of the categories.
I know I said that we would talk about the Facebook and Twitter thing, but the Academy Awards swept everything away. I'm not forgetting about that. Hope you read the article.
Until the next time, thank you again to my readers and I will highlight another blog in my next post. :)
Posted by Barbara Ehrentreu at 12:22 AM