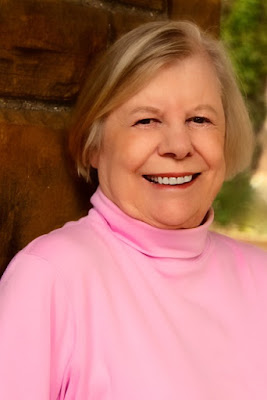 Today I am welcoming author Judy Alter to the blog. I am very happy to be introducing you to this author. Her new book, The Gilded Cage examines late nineteenth century life in Chicago. Besides this book she has written several others as well. I am very happy to have her here and she has decided to tell us about her methods of researching and why she decided to write her book The Gilded Cage.


Researching the past … and finding memories

As a young child growing up on Chicago’s South Side in the Hyde Park neighborhood, I wandered the land that once boasted the World’s Columbian Exposition. My mother took me out in rowboats around Wooded Island, and I learned to ice skate on the Midway, which still cuts a swath of green through the city for more than a mile west from the lakeshore. My friends and I made countless trips to the Museum of Science and Industry, the only exposition building that survives. Much later I attended the University of Chicago, which sits almost on the exposition grounds. That part of the city was “my” Chicago.
My love for that part of Chicago more recently became entwined with a fascination for Bertha Honoré Palmer, frequently known as Cissy. Raised to be a socially prominent and financially secure wife and mother, she moved far beyond those roles to demonstrate her strength, individuality, and civic concern. Where she could have spent her days, as the saying goes, eating bonbons and reading frivolous novels, she became one of the first to combine wealth with civic responsibility. Active in Chicago's Hull House—a pioneer settlement house in an immigrant community—she also strove to improve the lot of workingwomen and played a major role in the Woman's Club, an organization devoted to civic concerns.
Her crowning achievement was as president of the board of lady managers of the 1893 Columbian Exposition. Against the backdrop of an artistic, intellectual, and showmanship event never rivaled in the twentieth century, she managed to call international attention to the achievements of women throughout the world while mediating between extremists among both her sisters and the male population. No small feat, and the real Cissy Palmer has my utmost admiration.
My interest in the Palmers and their era was intensified when I read What the Lady Wants by Reneé Rosen (New York: New American Library, 2014), a novel about Marshall Field, the mecca of department stores in my childhood.
My own trip with the past began with a children’s book on Cissy Palmer, one I researched and wrote. I knew of course about the luxury of the Palmer House, the hotel Potter built and then built again after the Great Fire of 1871. I began to dig deeper, beginning as always with obvious sites on the internet, even Wikipedia which is a great place to start. This internet study yielded among other gems several pictures of the house Potter built for Cissy on the North Shore, now perhaps Chicago’s most fashionable address but in Cissy’s day a sandy, weed-filled wasteland. The house was extravagant and outrageous, and behind his back people referred to it as Potter’s Folly.
But for me real research must finally come around to books. For historical background, I am indebted to several sources. The Fair Women, by Jeanne Madeline Weimann (Chicago: Academy Chicago, 1981), a lengthy, detailed, and superbly researched account of women's role in the exposition, provided much of the meat of this story. Also helpful for information about the exposition was Reid Badger's The Great American Fair: The World's Columbian Exposition and American Culture (Chicago: Nelson Hall, 1979) and Robert Muccigrosso's Celebrating the New World: Chicago's Columbian Exposition of 1893 (Chicago: Ivan R. Dee, 1993). For general history of Chicago, I consulted City of the Century: The Epic of Chicago and the Making of America, by Donald L. Miller (Simon & Schuster, 1996), City of Big Shoulders: A History of Chicago, by Robert G. Spinney (Northern Illinois University Press, 2000), Chicago, Crossroads of American Enterprise, by Dorsha B. Hayes (New York: Julian Messner, Inc., 1944), and Chicago, A Pictorial History by Herman Kogan and Lloyd Wendt (New York: E. P. Dutton and Company, Inc., 1958). Most recently I read The Devil in the White City: Murder, Magic, and Madness at the Fair that Changed America, by Erik Larson (New York: Crown, 2003).
My primary source for details about Cissy Palmer's life was Ishbel Ross' Silhouette in Diamonds: The Life of Mrs. Potter Palmer (Harper & Brothers, 1960), but Ross, a well-known biographer, must not be blamed for the direction Mrs. Palmer's life takes in these pages of fiction.


And finally some points of the story come with my own love for and familiarity with the South Side of Chicago. Though it is now more than fifty years since I lived there, I still carry Chicago in my heart.

How wonderful of you to share your research with us!! I know I want to know more about this well-researched book!! 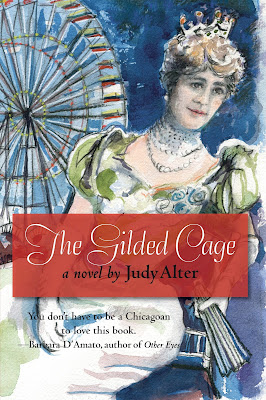 Born to a society and a life of privilege, Bertha Honoré married Potter Palmer, a wealthy entrepreneur who called her Cissy. Neither dreamed the direction the other’s life would take. He built the Palmer House Hotel, still famed today, and become one of the major robber barons of the city, giving generously to causes of which he approved. She put philanthropy into deeds, going into shanty neighborhoods, inviting factory girls to her home, working at Jane Addams’ settlement Hull House, supporting women’s causes.
It was a time of tremendous change and conflict in Chicago as the city struggled to put its swamp-water beginnings behind it and become a leading urban center. A time of the Great Fire of 1871, the Haymarket Riots, and the triumph of the Columbian Exposition. Potter and Cissy handled these events in diverse ways. Fascinating characters people these pages along with Potter and Cissy—Carter Harrison, frequent mayor of the city; Harry Collins, determined to be a loser; Henry Honoré, torn between loyalties to the South and North; Daniel Burnham, architect of the new Chicago—and many others.
The Gilded Cage is a fictional exploration of the lives of these people and of the Gilded Age in Chicago history.

Yes, this sounds just like the kind of novel I enjoy reading. I have this on my TBR list and hope to get to read it soon.
Here is an excerpt from the book:

Judy Alter's Bio:
An award-winning novelist, Judy Alter is the author of several fictional biographies of women of the American West. In The Gilded Cage she has turned her attention to the late nineteenth century in her home town, Chicago, to tell the story of the lives of Potter and Cissy Palmer, a high society couple with differing views on philanthropy and workers’ right. She is also the author of six books in the Kelly O’Connell Mysteries series. With the 2014 publication of The Perfect Coed, she introduced the Oak Grove Mysteries.

Her work has been recognized with awards from the Western Writers of America, the Texas Institute of Letters, and the National Cowboy Museum and Hall of Fame. She has been honored with the Owen Wister Award for Lifetime Achievement by WWA and inducted into the Texas Literary Hall of Fame and the WWA Hall of Fame. http://judyalter.com/

Judy has a blog tour planned for The Gilded Cage starting on May 23rd. Go to her blog to find out the details.

Thank you for being my guest today and I am looking forward to our radio spot. Judy Alter is giving away a free book to the lucky commenter who is picked. So leave a comment to be in the running for a free book!!!

Until the next time Judy Alter will be my guest for August on Red River Radio Tales from the Pages along with my friend Nina Haberli, so mark your calendars now for Thursday, August 25 at 4PM EST. Don't worry I will remind you before then if you don't remember.

My guest on Red River Radio Tales from the Pages for May on Thursday, May 26th will be Amy Leigh McCorkle, who will be bringing her cast for the film, Letters to Daniel. We will be talking about the award winning screenplay and her journey so far with this very unusual project. In addition we will be discussing her Kickstarter for this. She is trying to raise money for her movie and once you read about this very brave and determined woman you might want to contribute to help her make this film a reality. For anyone who has bipolar disease or knows someone with bipolar disease, this program will also be discussing Amy's experience with her own bipolar disease. The screenplay explores how she has learned to live with it.

Posted by Barbara Ehrentreu at 1:19 AM