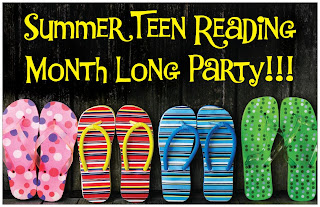 Today I am happy to present another YA author, Ardyth DeBruyn, who is here to tell us all about herself and her books. We are switching blogs today, so please go over and check out my post on her blog. As usual during this Summer Teen Reading Party I am giving away a free copy of my YA novel, If I Could Be Like Jennifer Taylor. Leave a comment to be in the drawing. 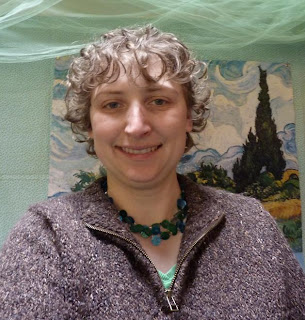 
Ardyth DeBruyn is a native Oregonian with a restless nature and a degree in Anthropology. After hiking over 1500 miles across Europe and living on the Mexican border for a year, she settled back in the Pacific Northwest (for now) to write fantasy stories. She has decided she can type herself into adventures faster than walk.

Ardyth agreed to an interview and here are her answers to my questions:


1. When did you know you wanted to be a writer?

Ardyth, I agree with you that marketing needs to be a non-stressful experience. No one likes to have a book shoved down their throats. I like your " flailing around" approach. LOL I have put my book on every YA website I could find. It's also important to have an author page, though I didn't make mine until my book was out for over six months!


Everyone should know that many of the books discussed during the Summer Teen Reading Party are on sale at Amazon and The Muse Bookstore all during the month of May.


Here is some information about Ardyth's books: 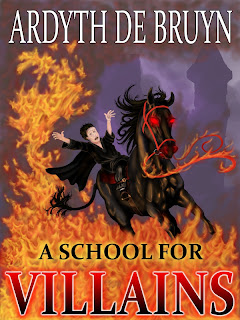 A School for Villains

Thirteen-year-old Danny is astounded when his father decides to send him to Dark Lord Academy to learn to be a villain. Pa claims it will make him stand out and fulfill his own lost childhood dreams. Being evil doesn’t appeal to Danny, but he’s always been a good and obedient son, so he goes.

Dark Lord Academy’s not just unappealing, it’s downright terrible. His advisor dyes Danny’s blond hair black and changes his name to the unpronounceable Zxygrth. He can’t get the hang of maniacal laughter, his second-in-command servant is a puke-colored monkey, and the cafeteria lady enjoys serving stewed cockroaches or fried bat wings. A run in with a hero results in hate mail and he gets caught up in a rivalry with the school bully.  The only way for Danny to stay alive is to find his inner villain.

The passageway dead-ended in a T, offering a choice of right or left. No one was in sight in either direction. Danny’s heartbeat thumped in his ears as he glanced first one way and then the other. Something sounding suspiciously like chains being dragged along the stone floor made him jump and whirl around. The passage behind him was empty, even the goblin guards were gone, although he wasn’t sure they’d have offered safe advice even if he dared ask. Safe? I’m in villain school, the last thing it’s going to be is safe. Danny took in several deep breaths. Don’t panic, it has to be one way or the other, just pick.

Something clattered distantly down the right passage and then followed the rhythm of thumps that might be footsteps. Taking a deep breath, Danny started down it.


“I wouldn’t go that way if I were you.”
The voice made Danny jump and let out a small cry. He whirled around first to the right, then to the left, not seeing the person who’d spoke until a boy emerged from yet another corridor off to the side. Danny almost screamed again. By height, the boy might be about his age or a year or two older, but his face was twisted and gruesome in appearance. His eyes were at a slant, his bulbous and misshapen nose torqued the other direction, and his large lips pulled down on the right side, making his whole face look scrunched. Worst of all, a huge scar ran down his forehead to his left ear. Danny tried not to stare and didn’t want to imagine what might have happened to him.
“W-what?”
The boy grinned, showing of a set of perfectly normal straight teeth, which glittered white and clean in the torchlight. It somehow made his strange face worse. “I said I’d not go that way if I were you. That heads down to the executions department.”
Danny took in a sharp breath. “Oh, uh, thanks. This way then?” He pointed back behind him towards the left passage.
The boy snorted in laughter. “No, no, that leads to Professor Streptococcus’s plague collection. Don’t want to mess with those really, they’re catching, you know.” He winked. “Past that is the secret passageway to the dungeons; again, probably not where you’re looking to go. You a brand new student? I’m Igor.” He held out a hand.
“Um, yeah. I’m Danny.” He didn’t want to touch the hand, speaking of catching…just in case whatever had happened to him might be contagious, but shook the hand anyway, not wanting to be rude.

“You want teacher offices. They’re back the way you came, then the third passage on the left. Here, I’ll show you real quick.” Igor stepped out farther into the torchlight, revealing a humped back, and pulled behind him a small cart that seemed to be full of stacked mummies, maybe four or five of them. Danny cringed back.

Oblivious, or perhaps just ignoring his discomfort, Igor headed around the corner. Danny didn’t have much choice but to follow. He counted the passages, but Igor seemed to go to the fourth, not the third one, before stopping to point. “There, head that way and you’ll hit teacher offices.” He gave Danny another ghastly grin. 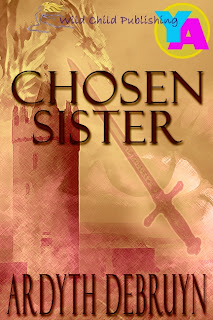 Reina’s brother Austyn has been declared the Child Warrior, but he’s only six. What’s a big sister to do?

Allowed to accompany her brother, Reina discovers they’re in deeper trouble than she thought-the Gold Wizard isn’t shaping up to be the guide he’s supposed to be and the Red Wizard’s harpies and snakewolves are on their trail. If anyone’s going to find a way to track down the elusive Sword of Chivalry for Austyn and get him into the Red Wizard’s castle to fulfill whatever it is the obscure prophecy insists must be done, it’s got to be Reina.

Until the next time when my guest will be Jan Fischer-Wade, the organizer of this Summer Teen Reading Party on May 22nd. Please leave a comment for Ardyth so you can be part of the drawing for a free book!

Posted by Barbara Ehrentreu at 12:09 PM