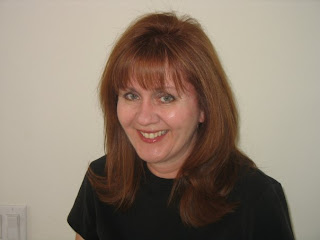 Today we are officially kicking off the Summer Teen Reading Fest here with the visit of YA novelist, Kim Baccellia. Kim and I are switching blogs today, so after you read this post, hop over to Kim's blog where I am visiting. We are both giving away free books to the lucky winner of the drawing. All you need to do is leave a comment on both blogs to be in both drawings.

Helpless No More
Strong Heroines in YA

It never ceases to amaze me when you mention YA, some people automatically think of the book Twilight by Stephanie Meyer.  They think all YA books have what I call the Bella syndrome—a teenage girl that whines about how life means nothing unless she has a guy in her life.  In the second book of the Twilight series, Bella spends most of the book in a depressed funk after Edward leaves. She even tried to jump off a bridge to end her life.  She did all of this because her life meant nothing if she didn’t have Edward.  In other words, life without a boyfriend means you are nothing.
What a bad message for teens out there.
Another heroine had to be Buttercup in The Princess Bride, who besides being annoying, waited for love and kind of gave up toward the end.  It was Westley who saved the day.
Thankfully not all YAs do this.  The teens I’ve spoken to love strong heroines that are happy with themselves with or without a significant other.

In TV one strong heroine has to be Buffy the Vampire Slayer:

She’s the one who kicks vampire butt and doesn’t mess around with anyone.  Though the TV series came out in 1997, she now has a cult following.  It’s so big that there’s now a comic book series that can expose a whole new generation to her. 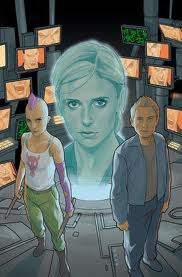 I admit I’m more of a Faith fan:

Yes, she’s slightly disturbed but she’s also multilayered with her own vulnerabilities. The last season of Buffy showed this.  And yes, even Faith now has her own spin-off comic book series where she’s the one helping Angel find redemption. 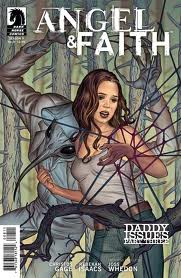 Hermione in the Harry Potter series is another strong protagonist who doesn’t wait for Harry but rather does her own part of standing up to the dark side. 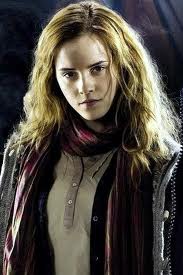 In recent YA novels there’s some great strong heroines: One great example of this has to be Katniss in Hunger Games.  She’s not only strong but it’s not a guy but rather the love of her family that motivates her. She volunteers to be a tribute for the games so her younger sister won’t have to do it.  There is a love triangle but only later on in this series.
Tamora Pierce’s books alway have very strong heroines.  One of my favorites has to be Beka Cooper: 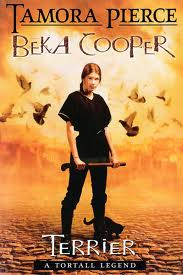 She’s a rookie with the law-enforcing Provost's Guard, and she's been assigned to the Lower City to help fight crime.  She’s tough but also has her own vulnerabilities.  Got to love that!
Another outstanding heroine has to be in the recent YA release Grave Mercy: 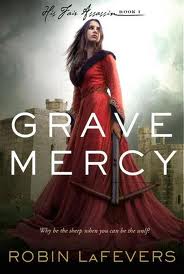 Ismae flees a brutal arranged marriage and goes to a convent where she’s trained to be an assassin nun.  This is in 1488 when most women didn’t have choices.  An amazing tale. 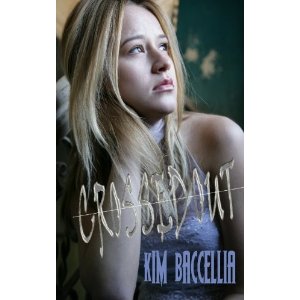 In my own story Crossed Out, Stephanie doesn’t wait around for someone to help her with her little ability of helping guide the dead to the Otherside.  Even when she does get sidetracked by one hot guy, it’s up to her to stop evil.
With the recent influx of stronger heroines has also come an argument.  If a heroine is strong, will this put the rest of the story in the background? On a Twitter chat the other day, I asked author Robin LaFevers how to keep this from happening. She said, “Make sure and give the heroine vulnerabilities and areas in her life where she isn’t strong and in charge.”  Basically give the character layers.  This is one reason why I love these characters so much.  They’re much more than one dimensional.
Are there any other strong protagonists in recent YAs you can think of?


Kim Baccellia was a bilingual teacher in Los Angeles County for eight years and during that time she didn’t find many books for Latinas that were upbeat or dealt with their heritage.  During the time she wrote this novel, she was learning about her own Mexican heritage and decided to write a novel that was set in a Mesoamerican world.


Kim has also written Crossed Out, a YA paranormal and her YA fantasy No Goddesses Allowed has a tentative release date of Christmas 2011.
A current member of SCBWI, Kim is currently writing the sequel toCrossed Out and a YA multicultural dystopia.  She lives in Southern California with her husband and son.


She has been a telemarketer, library helper at the university, assistant manager, sales clerk, tutor, and bilingual teacher. Now she's a stay-at-home mom and writer. She grew up in Sacramento, California, the oldest of seven. She earned an elementary teaching degree from Brigham Young University.She loves to read and write! She is the PR & Online Marketing Associate for Month9Books. She is also a reviewer for YABooksCentral.


KIM'S GOODIES:
Kim is giving away a $10 Amazon gift card AND an awesome Swag Bag!!! Swag bag includes a free ebook of your choice, bookmarks, tatoos, a $15 iTunes gift card and a signed copy of one of her books!!! A comment on her blog = 1 entry and a retweet on Twitter or post on Facebook = 2 entries!!! Winners to be selected on June 1 by random drawing. 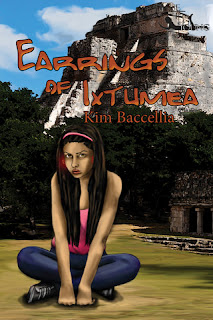 Blurb from Earrings of Ixtumia

Fifteen-year-old Lupe Hernandez dismisses the legend about her Mexican grandmother's magical earrings as a silly fairytale, despite recurring nightmares of human sacrifice. But when the earrings thrust her into the parallel world of Ixtumea, she must confront the very thing she shuns the most -- her cultural heritage.


Now all you need to do to be in the Giveaway is to leave a comment for Kim!


Happy Summer Reading everyone! Now go on over to Kim's blog to read an interview with Carolyn Samuels, the main character of my YA book, If I Could Be Like Jennifer Taylor and grab a chance for another free book!!


Until the next time, I am going to be hosting Helene Prevost here soon. She is the author of Desert Fire another great choice for the Summer Teen Reading Fest.
Posted by Barbara Ehrentreu at 2:52 AM