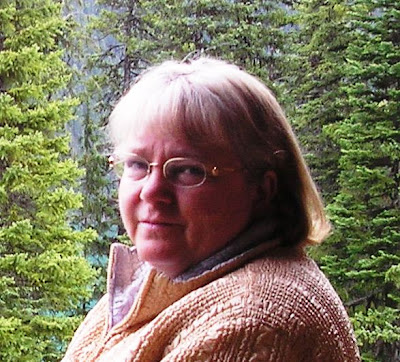 Barbara:Your new book, Laurel’s Miracle is also YA . Please tell our readers a little about yourself:

Nancy:Hi Barbara and thank you for hosting me on your blog. I am a pretty ordinary person, I always find it hard to think of something interesting to say about myself. I have been married for 34 years (to the same man LOL), I have two grown sons who are married and have gifted me with two granddaughters each. I am a country girl, I have loved animals as long as I can remember, especailly horses. You can be assured in most of my novels or stories to come across a horse or two mixed into the plot. Writing and painting pictures with words has been a part of me forever, as early as grade three I was scribbling down poems and horse stories. Words pop into my head and won't leave me alone until I allow them to manifest in this world by giving them substance with my pencil and paper, although now it is my keyboard. I love words and the magic of creating with them.

Working as an editor allows me the great priviledge of interacting with talented authors and sharing in their creative processes. I enjoy all the authors I work with very much.

Barbara:1. Why did you decide to use the name, Emily Pikkasso?

Nancy:I use Emily Pikkasso when I write genres other than MG/YA or Sweet Romance. I needed an alter ego. Emily is my horse's stable name and Pik Kasso is her father's name. Her registered name is Pik Kasso Premiere, I know there really shouldn't be an "e" at the end but I liked the way it looked. There you have it: Emily Pikkasso. My YA release is under my given name, Nancy M Bell. I added the M in the middle because there is at least one other Nancy Bell who is an author and I wanted to make it easier for people to find me.

Barbara:2. How did you come to the idea for Laurel’s Miracle?

Nancy: Laurel's Miracle grew out of my research on spiritual places in England and my interest in dowsing and earth energies. I have always been fascinated by Glastonbury Tor but never had time to read and learn as much as I would have liked. In 2005 I had a wreck with my horse and ended up spending months with very limited movement. Going from full tilt to full stop in matter of seconds is quite frustrating, let me tell you. Suddenly, I had tons of time to fill and I used it to pursue my research into the magic and mysteries of English legends. I was aware of the idea of ley lines and earth energies, but only in a very superficial way. I read hundreds of books, scoured the internet and contacted people to ask questions. I have met some wonderful people from all over the world, who have become friends. Once I had a good grounding in the subject I sat down and Laurel flowed from my fingers. This is the only manuscript I have ever worked on which I didn't write in sequence so it was a bit of a challenge sometimes. I wrote the last chapter in one six hour stint, I just couldn't let it go. Often, I would wake up in the middle of the night and have to get up and put the words down on paper since they wouldn't let me sleep. It took over a year to write the story, longer than that to research it. I have to be honest and say I didn't come up with the idea for Laurel's Miracle, it found me and demanded I write it. The title is interesting, we owned a Fell Pony/Thoroughbred cross named Laura's Miracle. She came to us as a three week old orphan and we raised her and kept her until her death at 19. Lamorna, the Fell Pony in the story is Laura. I wanted to use names from the Celtic Tree Ogham for my characters, so Laura became Laurel. There is more information on how I chose the names of the characters on my website if anyone is interested in that.

Barbara:3. Please tell our readers how long it took for you to get this published?

Nancy: A long time
Barbara: Congratulations, Nancy! I will be looking for your announcement when they are published.
Contact information:
Posted by Barbara Ehrentreu at 11:30 AM