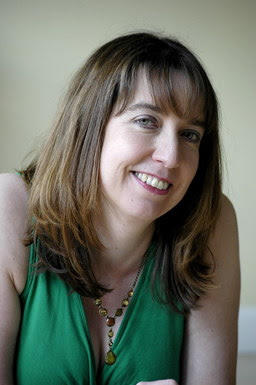 My guest author today, Sara Jayne Townsend, has been a guest author on my radio show and she was supposed to be here a long time ago. However, she is here now and she has brought us a guest post.

Her post is about something we all have thought about. Which form is better to read? Is it a print book you can hold in your hand or an ebook on your phone, a tablet or your computer?

Every writer dreams of the first time they hold a copy of their book in their hands. To do so is one of those ‘milestone moments, along with the first acceptance, the first novel contract, the first review on Amazon.

In the digital world, though, this goal becomes much more complex. There are far more options for the up and coming writer than the traditional path of agent, publisher, book shop signings. There are a great deal of small publishers out there, most of whom are far more willing to take a chance on the unknown writer than the larger, commercial publishers. However, quite a lot of those publishers only deal in e-books. And those that do deal in print tend to use Print on Demand (POD) publishing arrangements, which are very difficult to get into book shops (at least in the UK), since most chain stores will only accept Sale or Return arrangements.

My horror novel SUFFER THE CHILDREN will be released in e-book format by MuseItup Publishing on 9 August. This is the third edition of this novel since 2010, when it was first published by Lyrical Press. It has been far and away my most successful publication, sales-wise, but it has never been available in print.

Does this matter? Well yes, and no. I still dream of holding print copies of my books. I do have two books available in print – my horror novel THE WHISPERING DEATH and my short story collection SOUL SCREAMS. Sales of the e-book version of both, though, far outstrip the print sales and I have to wonder if the whole print book thing is worth the effort.

Personally, I love my Kindle. It’s invaluable for commuting, and travelling, and I increasingly find myself these days browsing the Kindle store during my lunch hour to discover new writers and new books to read instead of browsing the bricks-and-mortar book store. It’s not that I am buying fewer books. Far from it. I love buying books. But I like to keep them when I’ve finished reading them, in case I ever want to read them again, and I am physically running out of space to store any more paper books. My Kindle allows me to store thousands of books, and if I finish reading one on the way to work, I can just open up a new one on the journey home without having to lug around two paperbacks. So I find myself buying more books than ever before.

I know there are people out there who still prefer the feel and smell of paper, and view the whole e-book revolution with suspicion. But I am not one of them. I am a big fan of e-books and not just because of the convenience. I spent years – literally – submitting to agents and editors and building up a stockpile of rejections. And then it was a small electronic publisher that first decided to take a chance on me and my writing, and for that I will always be eternally grateful. I may not be able to attract the crowds at book stores, and I may never be as famous as JK Rowling, but I have editors and publishers who believe in me and my writing. And that makes the whole writing game worthwhile.

I have to admit that I really enjoy reading a print book, but at times I like reading an ebook. I think there is room for both of them. What do you think? Give your answers in the comments. Let's do a little blog poll. I will publish the results on my next blog. 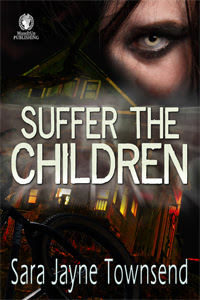 Fear has a face…

Orphaned at eighteen, Leanne’s life is adrift in a sea of grief and drug use. She washes up on the shore of estranged relatives, the Carver family, struggling with loss of their own. The transition from her South London council estate to her new home in the Surrey middle-class suburbs is difficult for Leanne.

But beneath the respectable veneer of the quiet neighborhood, something terrifying lurks. Displaced and troubled teenagers are disappearing. Leanne recruits her cousin Simon and his girlfriend Carrie to help get to the bottom of the sinister mystery. Can the three of them stop a creature of unimaginable evil before Leanne becomes a target?

Here is an excerpt:

Excerpt
Fumbling for her key, she reached her front door. It had once been painted blue, but the original colour was lost under many layers of spray-painted graffiti.
The interior of the flat was dingy, as usual. Even during the daytime it was dark because the living room window, which gave an uninspiring view of the walkway outside, was covered with a big piece of hardboard. Someone had lobbed a brick through the window a few months back. Though the estate manager reluctantly came to knock out the shattered glass and board over the empty space, he never returned to replace the glass. Most of the windows on their level were in the same state. Leanne wrinkled her nose at the strong smell of liquor that assailed her nostrils as she walked through the door.
The TV blared from the living room, its flickering lights providing the only illumination. Leanne flipped on the lights. The room was a mess: dirty dishes everywhere, two empty vodka bottles, rumpled clothing scattered over the floor. “Mum?”
There was no answer. She switched off the TV. A dog barked outside, a woman a few doors over screamed at her kids, but the flat was silent.
The pungent aroma of unwashed flesh mingled with the liquor smell. Leanne stepped into the hallway and pushed open the door to her mother’s bedroom, inadvertently kicking another empty bottle of vodka that lay on the floor. The putrescent smell in the air was stronger, a smell of sour flesh and bed linen long overdue a change. Leanne had learned to associate the smell with her mother’s drunken binges, when she would spend days in bed and ignore basic hygiene. Seeing her mother lying on the bed, she called again, “Mum?”
Claire was lying face down on the bed, amongst the rumpled and soiled covers, wearing a satin dressing down. The dressing gown had been a present from Colin, who’d spent a lot of time at the flat for a couple of months and then disappeared. Whether he’d been a boyfriend, a punter, or a pimp, Leanne had never known. She didn’t care much about the men in her mother’s life. At least Colin had left her alone. Others hadn’t.
But it wasn’t a man who had done this to Claire. Her right arm was pinned beneath her body, the left dangling over the side of the bed. Leanne saw the tourniquet on the left arm and the empty syringe lying near the outstretched fingers. She touched her mother’s arm to shake her awake and felt ice-cold flesh.
Leanne backed slowly out of the room, stumbling into her own bedroom, and sat on the edge of her unmade bed. If her mother was dead, what would become of her? Would she have to leave the flat? They couldn’t throw her out, could they? She would end up on the streets. All the hours spent on hands and knees cleaning up after her mother, hiding the drugs and the booze. The nights spent alone, while her mother lay comatose on the bed, sleeping off the effects of a drinking binge. Her efforts to get Claire looking clean and sober to get through visits from the social worker. The hours Leanne had spent doing her homework by candlelight, because the electricity had been switched off again. The days she’d gone to school hungry, trying to concentrate in spite of the aching emptiness in her stomach, because she didn’t want social services to come snooping when she cut classes. Had it all been for nothing?
She got up and walked out of her front door, leaving it ajar. The phone in their flat had been cut off months ago, and her mobile phone had long ago run out of credit. She knocked on the next door along, where old Mr Solomon lived. He was the only neighbour she had time for—a Jamaican octogenarian who was always nice to her, never judging anyone or interfering. Sometimes he came round and gave her groceries—bread and milk and the like—when there’d been no money and her mother was too drunk to care.
She was standing in the walkway outside Mr Solomon’s door for a long time, shivering in the cold, before there was shuffling inside the flat. She put her face in front of the spy hole on the door. “Mr Solomon, it’s me, Leanne, from next door. I need to use your phone.”
The door opened a crack. Mr Solomon’s lined brown face peered out from behind the security chain. “What’s wrong, child?”
“I need to phone for an ambulance. It’s my mother. She’s…ill.”
The door closed abruptly. A moment later, there was the sound of a chain scraping against wood, and Mr Solomon swung open the door wide. “You’d better come in, then.”
She went to Mr Solomon’s phone in the hallway and dialled 999. After what felt like an age, a polite female voice enquired, “police, fire, or ambulance?”
She asked for an ambulance and was put on hold for a moment, then a calm male voice came on the line asking for an address.”
She gave the address, doing her best to keep the quaver out of her voice, hesitating when the male voice asked what the problem was. She still couldn’t bring herself to tell anyone her mother had overdosed on heroin. Again. Last time, Claire pulled through. The odds didn’t look too good this time.


Besides this new book, Sara has several other books you should check out. Here is her Bio.

Sara Jayne Townsend is a UK-based author of crime and horror.

She decided she was going to be a published novelist when she was 10 years old. It took 30 years for her to fulfil that dream.

Her horror novel SUFFER THE CHILDREN is released by MuseItUp Publishing on 9 August, and is available on pre-order from Muse and all e-book retail outlets:
http://museituppublishing.com/bookstore/index.php/coming-soon/suffer-the-children-detail

Learn more about Sara and her writing from her website (http://sarajaynetownsend.weebly.com) and her blog (https://sayssara.wordpress.com).

Until the next time don't forget to tune into my radio show Red River Radio Tales from the Pages this Thursday, July, 28, 2016 at 4PM EST - 6PM. My guests will be Michael Amidei, musician, radio host and published author and  multi published children's authors Ken and Ann Hicks.

Posted by Barbara Ehrentreu at 12:08 AM