Welcome Rae!! I was a bit late getting this post up here, but the real world causes these things to happen.:) Great having you here and I'm sure my readers can't wait to learn all about you and your books. It isn't often that I have someone on my blog who is so linked with the paranormal. Let's find out about you:

Writes Dark Romanticism-sometimes with gears and clockwork. Has cemetery obsession. Misses Victorian London and ancient Rome. Believes in vampires and magic. If imaginary, she would be an automaton fairy. Corvidophile. Content.

We didn't get a chance to talk yet, but I am very interested in how you got involved with cemeteries to such an extent that you are obsessed with them. Maybe you could answer that in the comments for us.

Meanwhile, let's learn about why you decided to write the Pretty in Black series and the first book, Pretty in Black. It started it all, didn't it? By the way, that is a very cool title for a book and a series.:) 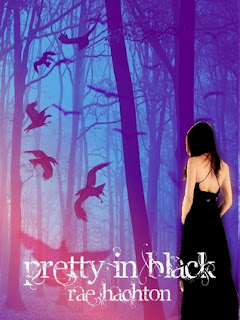 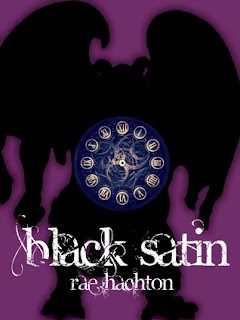 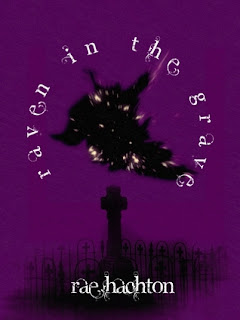 MY INSPIRATION FOR THE SERIES


Pretty in Black is the first book in the Gothic Romance series. The story behind how the series came to be is just as haunting as the story itself. The idea came to me late one night in March 2011 while I was hanging out in an old cemetery with some friends, on a Ghost Hunt.


Out of the corner of my eye, I caught sight of an apparition. Sitting on top of a grave, were two lovers— a guy and a girl. I watched their interactions with one another and immediately, I wanted to know two things: What were they doing in this cemetery so late at night and Why did their embrace look so tragic?


They were leaned against the stone, in their own little world. And to this day, I still do not know if they were real or not, but they became the characters of this story. I remember the ride home clearly. I was intrigued. I sat in the backseat, writing notes to myself on my phone about what I'd just witnessed. Two days later, I began writing the story. It just hit me. And after hearing My Time's Up by The Raveonettes—a song off their album Raven in the Grave, the rest of the story just fell into place.


Marcus Marble began as a regular dead guy. I never really liked vampires, but a daydream I had back in high school led me to the idea of creating the Evermore. Vampires who can come out in the sunlight, have no desire to drink blood, and are warm to the touch.


Edgar Allan Poe also played a major role in the creation of the dark worlds of Nevermore and The Land of Naught.


Pretty in Black is just the beginning.


The vampire in Pretty in Black  is named Marcus Marble. 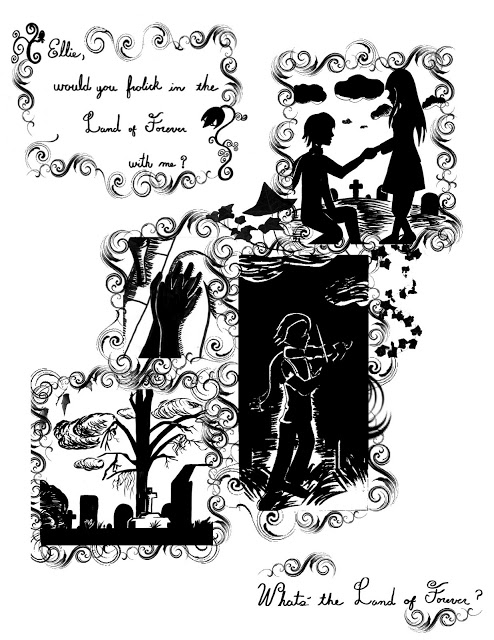 HOW THE AUTHOR PICTURES HIM 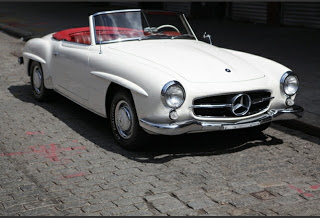 MOST INTERESTING FACTS ABOUT MARCUS MARBLE
(Aside from the fact he is a vampire)
BORN: December 31, 1892
DIED: November 17, 1911
Plays the violin, drives a white 1958 Mercedes Benz with red leather interior, frolics about in cemeteries. 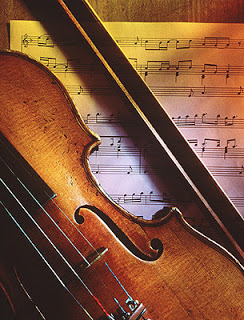 Oh, this is one vampire I would like to meet.:)

You have an excerpt to share with us from your upcoming new book in the Gothic Romance series, Secret Garden:

EXCERPT
Secret Garden
EXCERPT. © 2011 Reprinted by Permission. All Rights Reserved.
From: The Secret Garden
"Welcome to the secret garden, My Lady."
An extremely old cemetery lay neglected before me, but it was tranquil. The gate was frail and rusted, and the ivy vines that twisted around it also stretched out and wrapped themselves around the stone wall. Marcus reached into the backseat to retrieve his violin. In an esoteric way, the violin case slightly resembled a coffin.
He carried his violin and walked with me into the cemetery. The headstones were weathered and unreadable, and flowers, or what may have been flowers, dead. A cool wind blew through the trees. He rested his violin against a stone and before I knew it, he swept me off my feet and tossed me over his shoulder.
I squealed. "Marcus Marble, put me down now!" He just laughed and twirled me around and carried me over to the stone wall and sat me atop.
"Be right back."
I glanced around the cemetery and could've sworn I saw or felt someone watching me. Someone other than Marcus. But Marcus returned before I had time to analyze it any further and he noticed my expression had shifted.
"What's wrong?" He looked concerned.
"I'm cold," I lied. He quickly removed his coat and tossed it up to me. It was extremely warm and the scent was intoxicating—like sleeping on a bed of flowers on the first night of Spring.
I felt safe with Marcus, but there was also an intensity about it--an excitement from being near him, and often times it would even linger when he wasn't around, and make me want to be with him more. The feeling was becoming more and more addicting and I wasn't sure I could live without it.
Marcus raised his violin into position, looked up into my eyes and then...a bewitching tune melded onto the airwaves and spread over me like the afternoon sunset that flared through the trees and sank into the graves of the dead, never to be seen again.
Even with his coat on, I felt chills. The tune he played was sad at first. And then it flirted with a tune that sounded like love. Those two frequencies made a bittersweet melody that burst into a cry of pain, a wailing of war. Finally, the heartache subsided and silently imploded onto a string of notes that were unsettling. The sound that ended the melody was a sound that was unsure of itself. It was equivalent to reading a book and coming across a page that abruptly stopped in the middle of a paragraph and did not continue on. This sound was definitely not the ending of his tune. It wasn't happy nor sad. It was just unwritten.
I realized tears trickled from my eyes. I quickly wiped them away. The sun faded and night began to descend. The sky was a deep navy blue. Marcus sat his violin aside and dropped to one knee, as though he were about to propose. His eyes flickered with seriousness. He took my hand into his. "Ellie, would you frolic in the land of forever with me?"
"What's the land of forever?"

FOR EXTENDED INFORMATION ON THE EVERMORE VAMPIRE CLICK HERE

Okay, so do you have anything published other than this series?

Frankie's Monster. by Rae Hachton—From Teen Pulse
A Standalone Title about a xombie and the girl he loves.

Rae, I want to thank you for stopping by and acquainting us with your books and one of your characters. I know after reading that excerpt I would like to read your books.:)

Until the next time, I will be on the Muse blog on Thursday, June 13 talking about writing. I'm not sure exactly what part of writing I will be talking about, but it may be about the revision process. I will be posting about this next week.

Also, at the end of this month I will be getting knee surgery for a torn meniscus and arthritis. The doctor assures me that it will not take me away from my daily activities and believe me, I can't wait to have more mobility in that knee. Right now, it is very difficult for me to walk long distances. By that, I mean by the time I have walked around a department store I am in real pain. So I'll keep everyone posted about how I am doing afterward. I don't have to spend any time in the hospital, I hope. The actual recovery time is 6 weeks and everyone who has had this kind of surgery says I'll feel one hundred per cent better!!

Posted by Barbara Ehrentreu at 4:50 PM