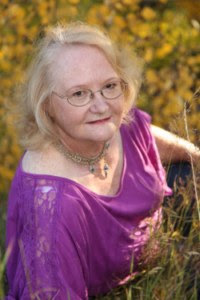 One of the most popular guest authors for this blog has returned to talk about her new book: Verses, the first book in The Lost Song Trilogy released by MuseItUp Publishing. Janie is the author of numerous other books and I am thrilled to have her return during her multi month  blog tour. Lucky for us she will be here all week, so please leave a comment to win a free book.

Here is a little bit about Janie Franz. If you are interested in learning more see the very popular blog post for Janie Franz from last year and the review of her second book, The Wayfarer's Road,The Bowdancer Saga: Book 2.

About the author:
Janie Franz comes from a long line of liars and storytellers with roots deep in east Tennessee. Honed by the frigid Northern Plains and a degree in anthropology, her writing skill and curiosity have generated thousands of feature and cover articles over a vast range of topics for more than a hundred regional, national, and international publications for over a decade.
She has co-written two books with Texas wedding DJ, Bill Cox (The Ultimate Wedding Ceremony Book and The Ultimate Wedding Reception Book), and has self-published a writing manual, Freelance Writing: It’s a Business, Stupid!
She runs her own online music publication, Refrain Magazine (www.refrainmagazine.com), is a book and music reviewer, and was a radio announcer, a booking agent/publicist for a groove/funk band, and a yoga/relaxation instructor

Welcome back, Janie!! Since the last time you were here you have written so much more!! So happy to be hosting you today for your big blog tour. Your new book, Verses starts another saga that is very intriguing. 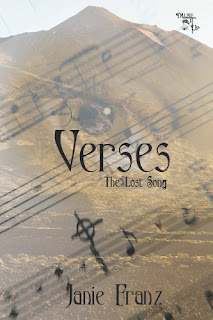 Tell us about it, please:


Eleven summers after Jan-nell the bowdancer left her daughter Mira-nell with the sisterhood of hunters on the mountain and came to live with Khrin to raise their son, Bearin, she is called by the sisterhood to find their origins.
The first clue is a bit of song Jan-nell learns at the deathbed of the oldest woman in the sisterhood’s village. Jan-nell and her companions seek the origins of the mysterious women on the mountain through the verses of a song.
Master hunter Bekar and master trackfinder Chandro accompany Jan-nell and Bearin on a quest for the lost song that takes them from their local inn out across the landscape of their world as they meet bee spinners and kings and risk their lives to achieve their goal.

Oh, this looks like another winning story!! I have followed Jan-nell through many different adventures and I can't wait to read this!!! I am so glad you have a long excerpt for us!!

Thank you for coming to visit today, Janie and as I said, I am very excited about reading this new story, Verses.

Until the next time Janie Franz will be on this blog all week. Please leave a comment.

My Blog Talk Radio Show, RRWL Tales from the Pages, will be on next Thursday, February 28 at 3PM Central Time and 4PM EST with both Amy McCorkle and Janie Franz as my guests. I know you will want to listen. If you are unable to join us at the scheduled time you may listen at your convenience.

Happy President's Day to all people in the United States!!! For anyone who doesn't know what this holiday means, we are celebrating the birthdays of two of our greatest presidents, George Washington and Abraham Lincoln. They were both born in February. Lincoln was born on February 12th and Washington on February 22nd.
Posted by Barbara Ehrentreu at 2:23 AM