You can say this has been a very eclectic summer on this blog. We have had on everyone from children's authors, young adult and the occasional adult author. Today I am very pleased to introduce you to Carolyn Meyer, who stumbled on my blog and what a lucky day that was! Carolyn is one of the most prolific authors we have had on the blog. Carolyn has published over 50 books for children and young adults and many of them have been translated into other languages.

Here is a list of some of Carolyn's books:

THE WILD QUEEN: The Days and Nights of Mary, Queen of Scots Daughter of the Scottish king, Mary leaves her homeland as a child, is sent to marry the future king of France, where life does not go according to plan. She returns to Scotland as a young woman to rule--a wild queen in a wild country.
Where the Broken Heart Still Beats: The Story of Cynthia Ann Parker Texas in the 19th century: Comanche Indians kidnap a white child, age 9. Cynthia Ann grows up with them, learns their language and culture, marries, has three children, and then is "rescued" against her will by the Texas Rangers 25 years later.
White Lilacs Based on actual events in a small Texas town in the 1920s, the story of Rose Lee Jefferson is set in the African American community of Freedomtown.
Jubilee Journey The sequel to WHITE LILACS, the story of Rose Lee Jefferson, her descendants, and her African-American community, continues here.
Cleopatra Confesses It is the first century B.C. Cleopatra, the third of the pharaoh's six children, is the one that her father has chosen to be the next queen of Egypt. But when King Ptolemy is forced into exile, Cleopatra is left alone to fend for herself in a palace rife with intrigue and murder.
The Bad Queen: Rules and Instructions for Marie-Antoinette Now here was a girl with a terrible reputation. Everyone believes she once said, when told the French people were starving, "Then let them eat cake!" But she never said that. Here is the REAL story of the French queen, beginning with her childhood in Vienna and following her to Paris, her marriage to a man who preferred food to almost everything else, her love for....well, read it and see. And follow her all the way to her most unhappy end.

This is the latest in the YOUNG ROYALS series.
Loving Will Shakespeare Anne Hathaway is a feisty young woman who hates her life. So why wouldn't she fall for a charming fellow seven years younger?
Marie, Dancing One of three sisters who were dancers in the Paris Opera ballet in the 19th century, Marie became the model for artist Edgar Degas's famous and controversial sculpture, "Little Dancer, Age Fourteen"
The True Adventures of Charley Darwin Charley Darwin didn’t know what he wanted to be when he grew up. He hated sitting in a classroom -- and loved being outside collecting birds’ eggs, rocks, and insects. It seemed he might never make anything of himself, but at the age of 22, he set off on a trip around the world on HMS Beagle and changed scientific thought forever.
In Mozart's Shadow: His Sister's Story This is the story of Nannerl, "the other Mozart,"a passionate musician who never stopped dreaming. While her bratty brother tours the world and forges ahead into a celebrated musical career, Nannerl is left behind; her only comfort is her music. But is that enough?
Anastasia, Isabel, and Kristina: The Royal Diaries ANASTASIA: THE LAST GRAND DUCHESS
IISABEL: JEWEL OF CASTILLA
KRISTINA: THE GIRL KING OF SWEDEN

Here are five more books in the YOUNG ROYALS series...
click on the image to order

The story of Catherine of Aragon, who journeyed from Spain to England as the bride of Prince Arthur, only to be widowed soon after her wedding. After many difficult years, she became the wife of Arthur's brother, Henry VIII. But her troubles were far from over.

The story of the Italian girl who survived an orphaned childhood shut up in a convent and became Queen of France.

Review: "With meticulous historical detail, sensitive characterizations, and Catherine's strong narration, Meyer's memorable story of a fascinating young woman who relies on her intelligence, rather than her beauty, will hit home witih many teens."

Mary Tudor, daughter of King Henry VIII of England, was a beautiful young princess accustomed to every luxury until her father divorced her mother to marry Anne Boleyn [see Doomed Queen Anne below] and banished Mary to a humiliating life.

Review: "Accurately captures the glitter and grandeur as well as the brutality of this fascinating period in history."

Named one of the Top Ten Best Books for Young Adults by the ALA.
2002 Young Readers' Choice Award, Pacific Northwest Librarians Association


This is the true story of the girl everyone loved to hate--the girl who won the heart of England's most powerful man, King Henry VIII, and risked everything to become queen.

Review: "Masterful characterizations and descriptions of England at the time."

Princess Elizabeth's father, King Henry VIII, is dead. Now at the mercy of those in power, Elizabeth is imprisoned by her own sister, Mary; betrayed by the man who has captured her heart; and forced to practice a religion that defies her deepest beliefs. But through it all, the fair-haired princess is determined to stay alive, and to do whatever is necessary to one day rule her beloved England. 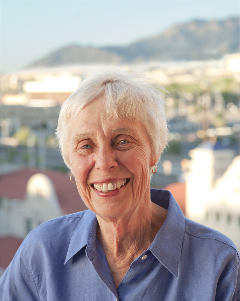 Carolyn has decided to take over the blog so here she is talking about what it is like to re-issue a book which you have written over twenty years ago:

How hard could it be?
A fellow YA writer suggested that I resurrect some of my backlist and publish them as e-books. Of the more than 50 books I’ve written for children and teens, the choice was easy: a series of novels about four high school kids who start a peer counseling hotline in the aftermath of a friend’s suicide. More than twenty years ago I’d gone through suicide-prevention hotline training and spent another six weeks volunteering. The first of the four-book Hotline series, Because of Lissa, was published in 1990; three more books followed at six-month intervals.
My stepdaughter, Vered, who was thirteen at the time, is now a graphics designer and has her own publishing business with the skills and the software to design new covers and produce the novels as e-books. All I had to do was retype the books in manuscript form, updating the content as I went along. It should be a breeze, right?
Except that it’s a different world now. A whole generation has grown up since I wrote those books. Vered has gone from brat to businesswoman. No doubt many of the young adults who read the Hotline novels twenty-two years ago now have teenagers of their own. Probably the single biggest difference—in terms of the storyline—is the advent of the cellphone as the principal means of communication. Since most of the plot points involve phone calls made or not made, answered or missed, a number of scenes had to be rewritten. One of the main characters in the original series was Lan Nguyen, a refugee from Vietnam. In the revised version, Lan is American-born, and his story becomes his mother’s.
Fortunately, not too many other details had to be updated—Jenny’s parents now drive a hybrid and platform shoes make a brief appearance, but since I’ve never tried to use slang in my dialogue, I don’t think I’ve committed any gross errors in speaking style.
Books do have a different look now, though—just compare the cover of the original paperback, Because of Lissa, circa 1990, with the new e-book cover, scheduled to debut this week on amazon.com.


Thank you so much, Carolyn, for letting us know about your writing process. Updating a book is difficult. I remember what happened when I went back to the manuscript of my second novel and realized so much needed to be changed. A lot has happened in technology even in five years.

This is the original book cover for Because of Lissa Here is the new cover for Because of Lissa

Usually, I have my Guest Authors give me a Bio, but for Carolyn Meyer, I think it is best to go to her website, where she does a really good job of filling in all the important facts about herself.

She is also on

Thank you for being my Guest Author, Carolyn, and I hope that you will return when your series is released.

I also want you to know that today I am also on Cher Green's blog with Voices of Fiction, which is an answer to a question authors were asked. If you want to know more about me check it out.

One more interesting fact I found by reading PW Daily. This article says that a study shows 55% of Young Adult books are bought by adults! So don't feel bad the next time you pick up a YA book and don't bring it home for your child. It's okay to read YA!!!

Until the next time, I will be doing my radio show the 4th Thursday of this month, but at the moment I don't know who the guest will be be. It's a surprise.:)

Also, another author friend of mine, Marian Lanouette, who is a MuseItUp author too, is giving a reading at The Mark Twain House in Hartford, CT. I am hoping to get up there to see her. Again, if you live anywhere near there you should definitely try to make it. The house is worth seeing too!!!

You never know what will happen when you go to a reading. If you are one of my Facebook friends, then you saw what happened when I went to Donna Marie Merritt's reading in Mystic, CT. If you didn't, then here is the photo of me reading my poetry at an improvised open mic appearance. Thank goodness for IPhones!!!
Posted by Barbara Ehrentreu at 3:00 AM