New Books You Should Not Miss Reading! 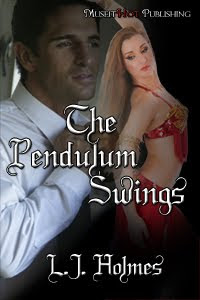 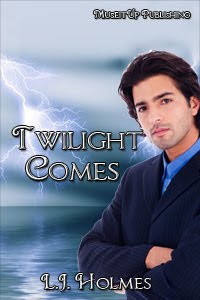 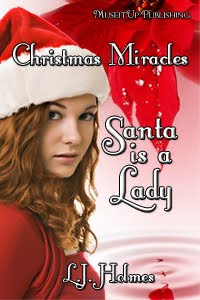 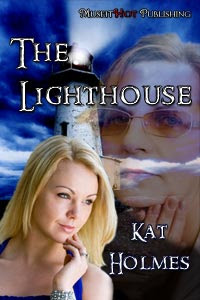 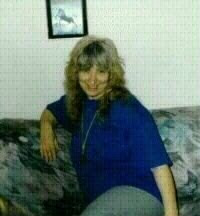 Sorry to all of my followers for not posting, but this month has been filled with too much to do in real life. I had physical therapy for my leg and knees twice a week continuing from January and through all of February. Added to this is my tutoring for four hours a day and the responsibilities I have to my family to do all the things they have come to expect from me. So when I got to the computer to check my email that was all I could do. Being a member of a very active authors' group also takes up a lot of my time. The Muse authors always have something going on I can't miss!!
I hope some of you got a chance to catch my February show on Blog Talk Radio, RRWL Tales from the Pages. I interviewed two of the talented authors from MuseItUp Publishing, Lin Holmes and her daughter, Kat Holmes. Kat has one book published and will be having many more books released in the coming months all part of a series. Lin Holmes, writing as L.J. Holmes placed 5th in the Predators and Editors poll for Santa is a Lady. Her newest book is coming out in May: Twilight Comes. Here is a little bit about both of her books:
Santa is a Lady
by L.J. Holmes
Christmas Miracles: Santa is a Lady - Book One in the series

Angie is someone who has had to walk through the fires of hell and battle with death itself to regain the use of her nearly shattered body. It’s Christmas, the time of wonder and magic for Angie, Cam a man who has spent the past nearly two years trying to pry his precious daughter from the unscrupulous hands of his late wife’s greedy Iraqi brother’s, and Jo, the precious daughter, who is finally free and in her father’s awed hands. Three people and one Christmas with so much magic swirling at last in their direction.
Twilight Comes
by L.J. Holmes
It's a typical day in Mick's life. A successful stockbroker, he battles the morning traffic, the zip of numbers across the exchange banner while making fortunes grow his clients, and the number pounding after-images continue to haunt his brain as he drives home.This is his well ordered life.

Home. His work life is numbers, routine, and rational. His home life? Secrets percolate behind closed doors...dangerous secrets...secrets that are about to tip over.

Will Mick survive the explosion about to blow the lid off his private, seemingly perfect world? Will any of them outlast the approaching turmoil and the world finally looking in and seeing the truth behind their closed doors? Or will death and destruction be the ultimate penalty for their secrets revealed?
And here is Kat Holmes. Can you imagine so much talent in one family???
The Lighthouse
by Kat Holmes
When Rachel Westmont inherits a lighthouse from an aunt she didn’t even know she had, she’s overjoyed. The news couldn’t have come at a better time. Newly divorced from a self-serving doctor, the change of scenery is just what she needs. So she packs up and leaves California for a little island off the coast of Maine.

Rachel falls in love with both Star Island and the beautiful lighthouse and cottage she’s inherited. But, odd things begin to happen right from the first day. Cold chills permeate the cottage and books fly off the shelves. And someone seems to be playing pranks on her.

But when the ante gets upped and someone tries to kill her, Rachel must turn to hunky local sheriff Craig Lewis for protection. Now bodies are turning up, people are getting hurt, and Rachel is starting to suspect her aunt didn’t die a natural death. Can Craig stop a killer from claiming Rachel as their next victim? A little help from a ghost may be in order.
You might ask why I am highlighting these authors. I hope to highlight every author from MuseIt Up Publishing that I can. I'm starting with these two, because they were my guests last week and because Lin Holmes has probably the biggest heart of anyone I have ever known. She is certainly one of the bravest people I know and also one of the most compassionate person I know. Yet we have never met face to face. I see it in her interactions with fellow Muse authors and in her beautiful cover blogs she does that have been nicknamed, Stationary Trailers.
Lin's latest book is The Pendulum Swings, and I was lucky to have won a copy in Lin's Glenn Kleier Contest last week. I started reading it and will definitely be writing my review here soon. There are a lot of stories about amnesia, but how many times does someone wake up over a thousand years later in a different body with no knowledge of how you got there? Here is the blurb:
The Pendulum Swings
by Lin Holmes
When you wake up in a strange room, that's bad, but when you wake up in a strange body, time, and everyone hates you, that's REALLY bad...and terrifying.

What do you do when your last memory is being skewered to death and your next is waking up in the body of another, thousands of years in the future?

You set out to be yourself and win over these future beings of course, because for some reason, the gods of your time have decided this is where you are supposed to live out the rest of your life.

Follow Siri as she belly dances, laughs, and teases her way through the distrust of the woman whose body she now inhabits, turning an entire household of haters into her staunchest fans...except for him. Can she win him over, or is he determined to only see the shell of who she used to be?
Kat Holmes has dozens of books coming out in the coming year or two. She centered them all on Greek mythology. Both of these women are extraordinary in their own way. I urge you to check out their writing.
Now for something completely different. Starting on March 7th a lot of the characters are going head to head with each other on the Muse blog. Here is the official announcement:
Come and join us for a week of fun when Muse characters jump out of the pages and duke it out with other characters, each striving to win the MUSE DUKE-OFF CHAMPION award. Vote for your favorite during the week in our character poll.

One lucky reader who leaves a comment will win the Champion's ebook.
One of my own characters from my soon to be published novel, If I Could Be Like Jennifer Taylor, will be right there alongside of the others. You would think it would be Carolyn, but I felt that Jennifer will be more able to deal with some of these other characters. So it will be Jennifer Taylor duking it out with the rest of the Muse characters. She's tough and she has stamina. Don't forget to check out The MuseItUp Publishing blog. Then you can make an easy trip to the Muse bookstore where you'll find all of the new releases and the books I mentioned here. Though Jennifer will be making an appearance starting Monday, she won't be available with Carolyn until September. I think soon I will be putting in a countdown toward that date!!!
My next guest author will be Lori Scott, who has a children's book series published, The Meghan Rose Series. I am looking forward to her visit here. We will be giving away a free book to the lucky person who comments and wins the drawing.
Until the next time, thank you to my new followers and of course, thank you to all of the people who continue to follow even though I have been very lax about adding new content. I promise that is going to change, since I will be trying to interview as many Muse authors as possible as well as highlight them and their books.
Posted by Barbara Ehrentreu at 10:28 PM

Labels: if I Could Be Like Jennifer Taylor, kat holmes, lin holmes, Museitup publishing, Santa is a Lady, The Lighthouse, Twilight Comes