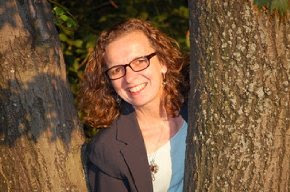 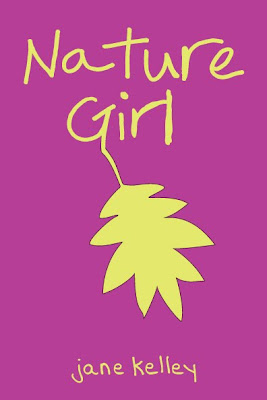 At Last, A Coming of Age Story for Girls - A Review of Nature Girl by Jane Kelley

What would you do if you were an eleven-year old girl from New York City stuck on a farm in Vermont with your family for the whole summer? This is what happened to Megan whose parents were artists and believed it was necessary to have the whole morning devoted to ART. Megan’s best friend, Lucy was supposed to be there with her, but she had to stay with her mother, who had Hodgkin’s Lymphoma, and her grandmother, Mrs. T, in Massachusetts. The worst of it was Lucy wasn’t answering her phone calls. Megan had given up on seeing her friend that summer. But as luck would have it her parents had to go away for a couple of days and left her sister Ginia in charge of her. Her mom thought it would be good if Megan went hiking with Ginia. But Ginia had other plans with her boyfriend Sam and ignored Megan, who had become accustomed to that during this summer. So Megan, who had never gone hiking before in her life, is suddenly lost between Vermont and Massachusetts on The Appalachian Trail.

As Megan hikes with her tiny dog, Arp, her travels along The Appalachian Trail change her from the girl she was to someone different, “a nature girl”. Along the way she must face hardships, but she continues in spite of them. She doesn’t give in to that “yucky you can’t–do-it voice.” Jane Kelley has written a story with which many girls will identify. It is a story of hope and triumph as Megan hikes along never knowing if she will get to her friend Lucy. It moves at a fast clip and you are with Megan every step of the way. Once you start reading it will be difficult to put this down. Written in Megan’s POV, this is an outstanding middle grade novel that delivers a strong story with a likeable heroine and lots of doodles. This is Jane Kelley’s first published novel and I am hoping it will be followed by a sequel.
If you are interested in learning more about Jane Kelley after this review, listen to my show on Thursday, September 23rd at 3PM Central Time, Red River Writers Live Tales from the Pages. She will be talking about her book, Nature Girl and you might find out if she is going to write a sequel to it. :) On the same show will be Sandro Isaack, author of Stork,MIA, a picture book about a dad and dad who search for the stork. This should be a great show!! Scheduled for October so far is Michelle McGriff, who has a new urban fantasy novel being published in November.
Again, thank you to my readers. I meant to post this earlier, but as usual, life got in the way.:) I am happy to say that Jane Kelley will be my guest author next week.
In the interest of disclosure I received this book from the publisher, Random House, as a gift from the author. However, this did not sway my opinion of it at all. It was arrived at objectively. The opinions I have expressed are my own. I am disclosing this in accordance with the Federal Trade Commission’s 16CFR, Part 255 http://www.access.gpo.gov/nara/cfr/waisidx_03/16cfr255_03html: “Guides Concerning the Use of Endorsements in Advertising.”
Posted by Barbara Ehrentreu at 10:09 PM