What I Did on 4th of July and More Poetry 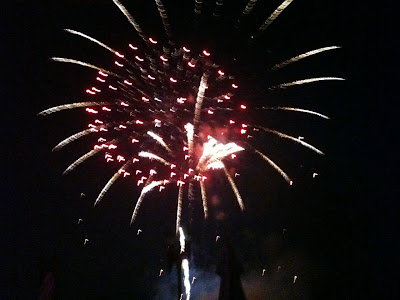 The fireworks at Trump Golf Course in Briarcliff, NY 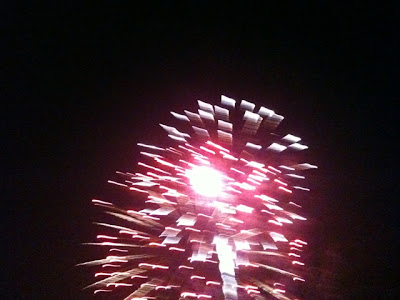 I haven't posted for awhile since my husband's illness took my time and energy. He went back into the hospital last Friday and is still in there. But, finally, after four months of testing and prodding and probing him and after a kidney biopsy the doctors have found that he has sarcoidosis of the kidneys and maybe the lungs, and that may or may not be causing the high calcium. We are still going up to Massachusetts General, but the appointment was moved up to middle of July. So the doctors now know how to treat him. They are giving him prednisone and he was getting dialysis.That has stopped now. Since he started on this treatment he is much better. This time they are giving him the prednisone in graduated doses. So far it has brought him back to almost normal and that is why I am keeping my fingers crossed that he will be okay from the third treatment. He got the third treatment today and other than moving his blood sugar up to 180, that was all that happened. They are monitoring him and making sure that it doesn't go higher. Best of all his calcium is down to 10.8, which is borderline normal. It hasn't been that low in over 4 months!!!
So for the third year in a row, my daughters and I spent 4th of July at Trump Golf Course eating tons of food and then watching brilliant fireworks that are in my opinion better than Macy's. This year during a beautiful recorded "It's a Wonderful World" with Louis Armstrong singing, one of the fireworks had a heart in the sky. I had never seen that before and it was something I may never forget. The sound of Satchmo and a heart in the sky. I love that song too. The rest of the fireworks were outstanding and hard to describe. I took a few photos and my daughter videoed them for my husband. The ending was so incredible with red, white and blue fireworks exploding into huge circles and then a giant explosion at the very end. My daughter, who is not effusive ever, said that this brought back her joy for fireworks.:) Giving her back joy is worth anything, and spending the day and night at Trump Golf Course is a highlight of my year. I hope to be invited again next year and this time with my husband.
The amount of outpouring of affection for me and my husband makes my heart so full. Thank you to all who have taken the time to send me a message. Sometimes people say that the internet is impersonal, but my experience has been the opposite. You are all the best!!!
Now to catch you all up on the poems I wrote for the last two weeks, I am posting them here. There is one more for Wednesday, June 16th that I didn't post last time. They are also posted on Poetic Asides comments for Wednesday prompts for each of the days listed here.
Wednesday, June 16. 2010
Stuck in Time

Your pictures surrounded by ornate frames
used to grace the piano
Those photos show you, my dad, smiling in
uniform, jaunty cap covering thinning hair

Recently I found an old single view plastic case
Its secret hidden from view until placed on the eye
both of you dressed up sitting together smiling
Caught by a Catskills photographer on a warm
summer night at a resort far from your everyday
life in the sticky. humid Brooklyn apartment
we escaped a few years later.

You are stuck as that smiling couple both
looking jovial and relaxed a different pair than the one
I knew. Stuck in 3D forever dressed in 50’s clothes
Mom in the same red lace sheath my girls used for dress up.

Both of you are gone from this world, but now
here in Technicolor a memento of your night
Frozen in time my parents stealing moments in
the borscht belt.
copyright 2010 by Barbara Ehrentreu
Wednesday, June 23, 2010
Finish the title: The Meaning of….. Write a poem about it.
The Meaning of Love

You never thought why
For the joy overwhelmed all questions
There would be time enough at the end of this
journey to wonder as the layers peeled away
and the truth is bared
Why this one? Why that time?

Love came stealthily like a cat-footed thief
to steal your inner core
Never asking to be
Only being and in the being changed
you and dragged you along on this wild ride
And you slid along only to be dumped in the
whirlpool alone and wrung out like an
old ragged washcloth
Yet still ready to do it all again.
copyright 2010 by Barbara Ehrentreu
July 1, 2010
Prompt: Write about being confined
Auto Prison

She spends her days in cars
Her pathway changes little
Trapped in an invisible cage
she rails against the idea
Yet each day takes her seat
behind the wheel
an unpaid chauffeur with her
radio tuned to Broadway
she maneuvers the same
roadways sllently, her chestnut
streaked hair up revealing the
curve ofher neck

She has locked her youth in a box
Afraid to let it out
to play, romp in verdant meadows
run toward a phantom lover
whose arms would open wide to hold her
No drinking in clubs for her
in miniskirt and revealing skin tight top
She wears her uniform, jeans and
a tee shirt, covering her shape
unable to accept who she is

There may be men who turn to glance
at the curve of her cheek
the youth she keeps at bay
But she stares ahead caught in an
impossible nightmare as she travels
back and forth along the miles of her prison.
copyright 2010 by Barbara Ehrentreu

Trapped in Space
The wheel turned moving the people
Around and around
And I imagined it would be like
Twirling, the room spinning in front
Of my eyes like a kaleidoscope
Butterflies formed as I stepped into the
Open basket and moved the steel bar
Over my eight year old body as my mom
Watched them check the tension
I smiled as the wheel started turning
Around and around from the ground to the top

I saw the fairgrounds in front of me
Nothing but air to cushion my descent
If the mechanism broke and then the
Unthinkable happened and we froze
In space. To take on passengers, I thought,
But the time stretched forever as I tried to
Keep the basket from swinging, worried
It might crack off the wheel and go flying
Onto the hard pavement

I hung there frozen as a ball of fear
Threatened to push me over the edge
Willing the wheel to move to feel the
Whoosh of the air as we traveled in a giant circle.
When at last the movement happened
I wanted to kiss the air as we got to the bottom.
Instead. there was mom rushing toward me
Guilt that she had not taken the ride in her face.
copyright 2010 by Barbara Ehrentreu
Coming Attractions:
This Thursday I will have a guest author here, Jo Linsdell- Feliciani. She has
written two books, Italian for Tourists and A guide to weddings in Italy. Also she manages a few websites and is the editor of Robin Falls Magazine. I can't wait to learn more about her.
Red River Writers Live Tales from the Pages July show, July 22nd at 3PM Central time with co-Host Freda Roberts and guest author, Comedy Writer Mr 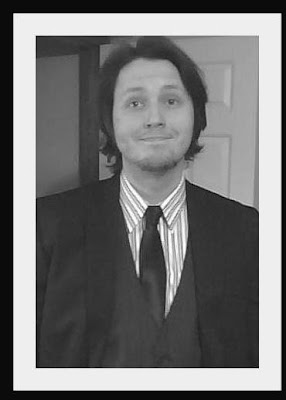 Franny Armstrong
Comedy Writer Mr. J AKA Brandon C. Jones
Goodbye for now and thank you to my new followers:) Again, the people who continue
to follow my meanderings thank you too. Here's a question for all of you. What did you do this 4th of July? Did you watch fireworks? Oh, those are two questions. Sorry.:) Hoping to hear from as many of you as possible.
Posted by Barbara Ehrentreu at 11:05 PM