We Help the Economy and Get a New Car!! 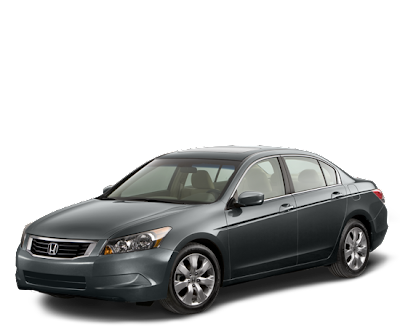 It's been a very busy and in many ways exciting week for me. First of all, we got a new car and that is always exciting. The second thing is that I have been researching many ways to try to make money online. I've been doing this for a few weeks and I've learned a great deal from this. I will let you know what I found after I tell you about my car.:)
We've had a leased Honda Accord since 2006 and we have been ecstatically happy with it. If not for some unfortunate accidents caused by weather conditions we would not have had a moment's problems with it. We fixed all the collision damage and thankfully no one was injured in the accidents. So we were able to switch our old car for a new car easily. We got a brand new car for three more years without needing to put down a down payment. So it was very cool!
The new Honda Accord is nothing like the old one. They have changed the outside and the inside of it. They angled the dashboard and made the outside more curved. The rest of it is still the same and that is why we got a Honda instead of an American car. The other thing is that when you have a leased car you have to give it back to the same company from where you leased it. The great part about a Honda is the way it drives.
One unusual thing happened to my daughter when the guy at the gas station filled up our car. He knew us from before with the old Accord, but he looked at the new car with a great deal of admiration. "Nice ride," he said! It really makes a statement, unlike our other one.
Sometimes I wonder if the power up there is playing a joke on me. The minute I drove the car out of the dealership it started to rain. But this wasn't just any rain. By the time I was on the road I had to put the windshield wipers on the second speed. Here I am in a brand new car with an impending flash flood and praying that no one would drive into me. Or that the car wouldn't skid and drive me into a ditch.
Yes, this has happened to me. We once had a Ford Taurus back in 1989 and I was in upstate New York in the Adirondack Mountains. There must have been something wrong with the steering and the tires, because suddenly I was skidding off the slippery winding two lane road and smashing into the jutting rock face on the side of the road. This wasn't too bad, but I was a little shaken, though not hurt. I got the car back on the road and continued driving, but once again the car slid to the right and I found myself in the same predicament. Now, barely two nanoseconds from crying I got the car back on the road and continued traveling. Did it happen again? Yes! By the third time I was a mess and sat in my car with three bumps on the right front fender of my car with the paint scraped away there too.
When I tried to explain to the mechanic what had happened he told me that it was probably the alignment of the car that was messed up, but also that I needed to drive slower in the rain. But on those mountain roads the water sluiced down toward the valley and it was difficult to drive on them. However, if I had a Honda then I would never have had those accidents. The Honda holds the road in the rain and goes around curves so well you don't even realize you just passed a curve. In that downpour two days ago I felt secure that my new car was going to come out okay. I was right. :)
Of course, after those unfortunate accidents I drove so carefully in the rain and maybe it was a cautionary experience for me. Whatever it was, now I never drive faster than twenty miles below the speed limit in the rain, ever!
Forget about the money making stuff for now. More in the next post. I have to go watch the Macy's Fireworks!!
Posted by Barbara Ehrentreu at 2:36 PM