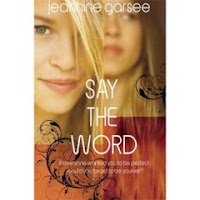 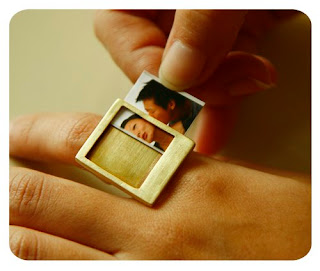 The photo above comes from "The Yellow Goat".
It shows a Good Time ring.
First of all, Happy President's Day to everyone in the US! When I was a child we used to celebrate the two president's birthdays on two separate days. So we'd get off school on February 12 for Lincoln's Birthday and then a week later we'd get off school for Washington's Birthday. No one cared if they fell in the middle of the week. Now these holidays have to be on Mondays. So we get these four and five day weekends. We used to only get off for each day. There was no President's Week holiday. So tomorrow is President's Day which starts off President's Week. It's only February 16, so technically it isn't Washington's Birthday until next Sunday on February 22. It's all so complicated because people have to go on vacation and want a neat and tidy way to celebrate. I've seen all of the holidays moved to Mondays so we can have that vacation.
Now what will people do this year when half the country is worried about either keeping their job or getting a new one? Will there be a lot of people on vacation? It seemed like the movies were a little emptier last night. We got a parking space when we usually have to drive around and look for one. It was eerily empty compared to the norm. So I'm consoling myself with the idea that people were on vacation. I mean, some people must be going on vacation here. But the rest of us have a choice of going to yet another sale this time for President's Day or going to the movies to celebrate the holiday. Stores like Bloomingdales are practically giving away things. My daughter got a pair of boots for half price. It's unheard of to have such a sale, but even stores like Bloomingdale's have to make money.:) I guess they're hoping they can lure shoppers with these amazing bargains. I think they lured a few, but it wasn't a madhouse as it should have been with those prices. In some cases the clothes were cut by 75% and if you had a $25 off coupon it was more. But I'm not buying anything yet, unless one of two things happens. One is that my book gets published and two is that I get a real job.:)
So I told you I'd highlight another blog today and I've decided to shine my spotlight on "The Yellow Goat" which is an awesome blog about brand new products. In some cases they aren't even on the market, like the ladle that has a built in base so it can stand upright when not in use. The link to the website says that they are not in production yet. One reason I like this blog is that the products are so unusual and varied. Every Monday the author gathers together the products that she liked the best during the week. Then these are listed and though there used to be a poll the author just said there wouldn't be any polls anymore. I'll kind of miss them, though they were not well attended.
I like this blog, because of the colorful photos that show the new products and the quantity of unusual and innovative products within the week. Just on Sunday alone the author posted three times and each post was a great addition. What I also like is how the products aren't too expensive. For Valentine's Day the author designed a ring that holds a photo. The idea is that you can keep photos when you had a good time inside a ring on your finger. So now it's not enough to have photos in our wallets and on the wall, post them on facebook, store them in our phones and on various websites, and keep them on the hard drive of our computers. Here we have the ultimate luxury of remembering a good time wearing a Good Time ring.(See photo above) I think it's a great idea and a real conversation starter. No more searching in your phone or your bag for that photo, it's right on your finger.:) Go check it out and read the earlier posts too. There's so much to see and buy here that I'm sure you'll be there for a long time looking at all the great and unusual products that are there. So remember to pop into this blog and see for yourself what I am talking about here. I think you'll love it and want to become a follower.
Say the Word Contest
Okay, this is for the writers here. Susan Taylor Brown is going to interview Jeannine Garsee and Susan is running an interview contest named for the title of the book: SAY THE WORD. Here is what you have to do:
To find out more about the contest go to "SusanWrites.
So that's all for today. I'm going to try to get to sleep earlier.
Posted by Barbara Ehrentreu at 11:18 PM