A Review of Jacqueline by Jackie Minniti

I have great news for one lucky person who commented on my last blog, Welcome Guest Author Judy Alter! about Judy Alter's novel,  The Gilded Cage. The winner of the free book is:

Thank you to Judy Alter for being on the blog and thank you to the people who commented on it. 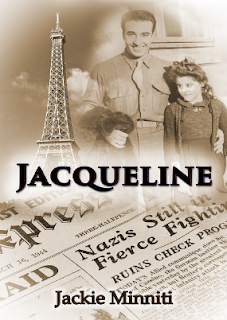 Today I would like to share with you a middle grade novel, which I received from the author, since she is going to be on my radio show, Red River Radio Tales from the Pages, this Thursday, June 23, 2016 at 4PM EST - 6PM.

I always try to read as much of the work of each author I interview as much as I can, but I don't always succeed. Usually I read a few pages and then I have to stop for various reasons. This was not the case with this book. The book, Jacqueline, grabbed me from the start.  The writing is clear and enjoyable. It is written in the point of view of a ten year old girl during World War II in a small city in France. She and her mother are in a tiny apartment awaiting the return of her father who is fighting in the war. In her building are a Jewish family, who are being taken care of by the building's occupants, except for one who is going out with a German officer. One day a letter comes saying that her father has been lost in battle. Not believing this is true, Jacqueline becomes obsessed with finding her father. Meanwhile, she discovers a slightly damaged cat, and her Jewish neighbors, except for their son, David, are taken by the Germans.  Her mother takes in the boy, and Jacqueline tries to live a normal life going to school when she can and teaching David to live like a Catholic boy. Always she keeps searching for her father. When she meets an American soldier she has hope that at last she will find her father. Jacqueline's determination to keep going while the war rages and the relationship she finds with this American soldier kept me reading this book as much as I could. The story is believable and based on a real story related to Ms. Minniti by her father. I would recommend this book to every child in grades 5 and up. This is an excellent way to show what it was like for children during that time period in France. 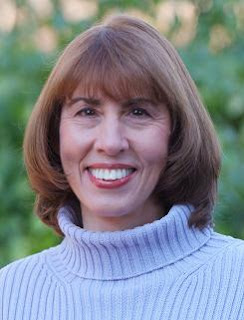 Jackie Minniti was born and raised in the heart of New Jersey where she spent 25 years as a classroom teacher and was an education writer for the Courier Post. After retiring from teaching, she moved to a small beach town on the west coast of Florida and turned to writing full-time. Jackie decided to pen a book showing what it’s like to be on the front lines in the classroom. She incorporated the information from her master’s thesis into a story that combines the readability of a novel with the elements of a self-help book. Project June Bug, the story of an idealistic young teacher’s determination to help a high school student with ADHD, was published in 2008. It won several literary awards including an Eric Hoffer award and a Mom’s Choice Silver Medal and was named Premier Book Awards “Book of the Year.
Her latest novel, Jacqueline, is a middle grade historical based on her father’s experience in France during WWII. Set in Nazi-occupied Rennes, it tells the story of a 10-year-old French girl and the American soldier who befriends her. Jacqueline combines the drama of fiction with the authenticity of personal history in a tale of faith, family, unusual friendships, and the resiliency of the human spirit that will capture the interest of even reluctant readers and give young readers a window into history.  To accompany the novel, Jackie has created a study guide that is cross-referenced with the Common Core standards for Language Arts/Literacy and History/Social Studies (Grades 4-8.)


Jackie is currently a columnist for The Island Reporter in St. Petersburg. She is a member of the Florida Writers Association, the Bay Area Professional Writers Guild, and the Society of Children’s Book Writers and Illustrators. Several of her stories have been included in Chicken Soup for the Soul collections. She lives on Treasure Island with her husband, John, and two noisy macaws and enjoys reading, walking on the beach, boating, and visiting her three children and six grandchildren in New Jersey. Jackie has been a featured speaker at schools, book clubs, women’s clubs, and libraries and writes a blog featuring Florida writers (www.fabulousfloridawriters.blogspot.com. She can be reached through her website: www.jackieminniti.com

Until the next time, I hope you will tune in on Thursday to listen to Red River Radio Tales from the Pages and learn more about Jackie Minniti. I will also have Susan A. Royal, another author on the show talking about her new book. There might be some surprise guests calling in as well.

My next guest here on the blog will be Penny Ehrenkranz, who has added a sequel to her new book, Ghost for Lunch in the series, Ghostly Visions. Check back later this week.


Posted by Barbara Ehrentreu at 1:38 AM