Blog Swap with Susan A. Royal

First of all, I wanted to let everyone who didn't know that After received 6th Place in the Preditors & Editors Poll for Best Young Adult Fiction novel for 2014!!! 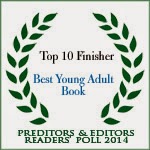 I was very excited and happy that it received such a finish!! Thank you to all who voted for it. 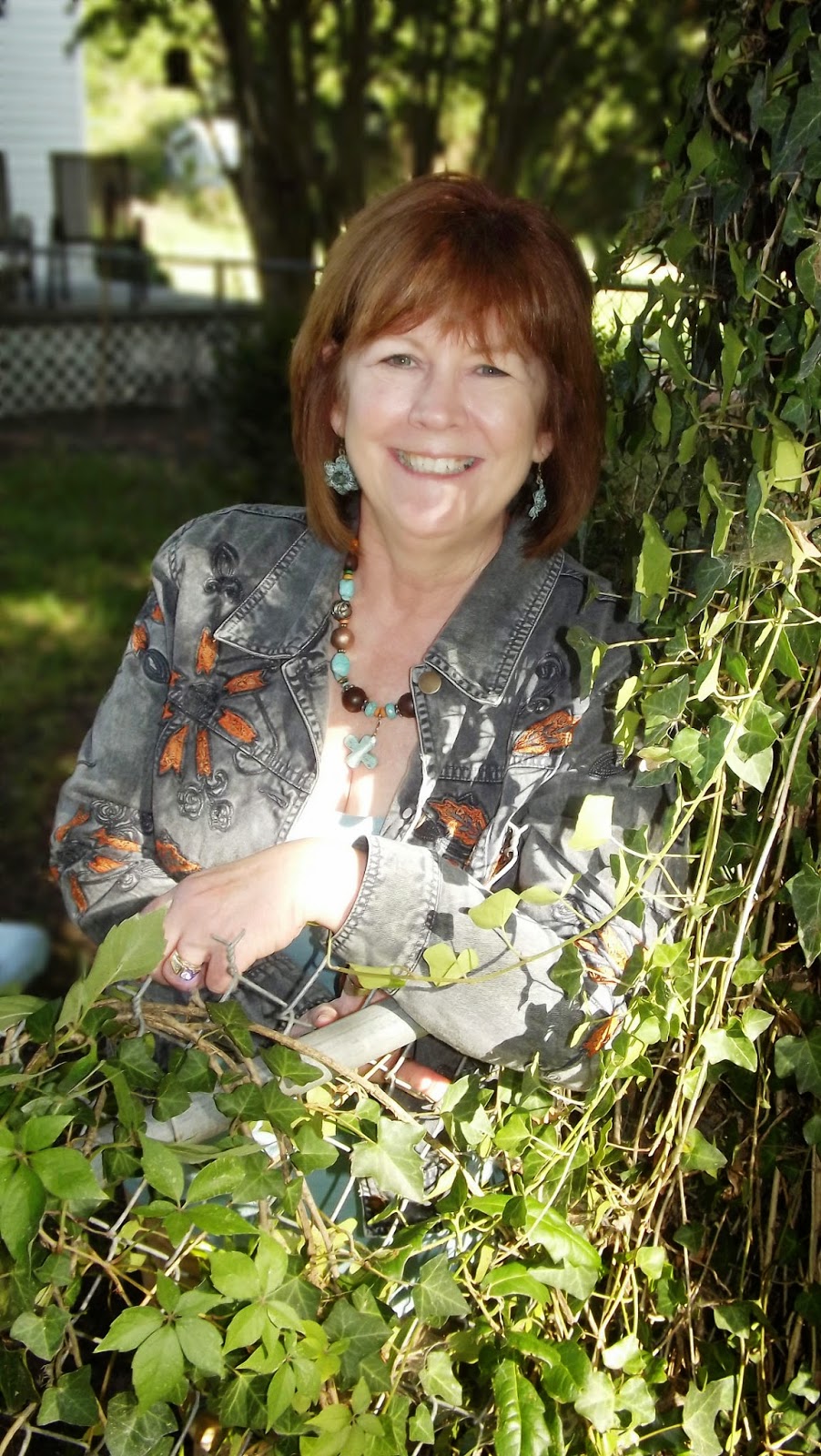 Today I have swapped blogs with Susan A. Royal, author of multiple novels and fellow author in MuseItUp Publishing. I am delighted to be swapping with her so that you can learn more about her and her books. You can read all about me and my books on her blog: Susan A. Royal If You Could Read My Mind.

Born in west Texas and raised in south Texas, Susan makes her home in a 100-year-old farmhouse in a small east Texas town that comes complete with a ghost who has been known to harmonize with her son when he plays guitar.
She is married and the mother of six (she counts her children’s spouses as her own) and five grandchildren who are all unique and very special. Her family is rich with characters, both past and present. Her grandmother shared stories of living on a farm in Oklahoma Territory with three sisters and three brothers and working as a telephone operator in the early 20th century.  She heard about growing up in San Antonio in the depression from her father, and experienced being a teenager during WWII through her mother’s eyes.
When she isn’t writing, she still has a day job working as a secretary in the public schools in east Texas. She also does her best to keep up with her grandchildren. Music and painting are two of her passions. Susan is a firm believer in getting what you want without breaking the bank. She loves to bargain shop anywhere there’s a sale and began repurposing long before it was popular. She paints, crafts and sews. Her office/craft/sewing room is littered with her latest projects.
Susan loves to take her readers through all kinds of adventures with liberal doses of romance. So far, she’s written two books in her It’s About Time series, Not Long Ago and From Now On. They are time travel adventures with romance about two people who fall in love despite the fact they come from very different worlds. In My Own Shadow is a Fantasy adventure/romance. Look for her books at MuseItUp/Amazon/B&N. You can also find Odin’s Spear, one of her short stories featured in a Quests, Curses, and Vengeance anthology, Martinus Publishing, available on Amazon.

Want to know more? Visit susanaroyal.wordpress.com or susanaroyal.moonfruit.com for a peek inside this writer’s mind and see what she’s up to. You never know what new worlds she’s going to visit next.


Susan, you have some interesting thoughts about your books our readers would love to know. Please tell us about your experience with your first book and why you decided to make it a series.


Not Long Ago was published in 2012. While writing it, I pictured a young woman in her twenties hurrying down a busy city sidewalk. One her way past a coffee shop, she notices a handsome stranger through the window. Their eyes meet and what she sees leaves her reeling. Not only does she recognize him, she knows things about the man…but how? Who is he?

From there, the story could have gone anywhere. Turns out it did. The idea of time travel has always fascinated me. Imagine getting up close and personal with history. Experiencing what life is really like in another time. My main characters, Erin and Griffin, meet and fall in love in a medieval world. I didn’t expect to be writing a series, but my daughter insisted the story wasn’t finished, and she was right.

From Now On came out in June 2014, and it takes up where the first book left off. Some of my favorite characters are back. Arvo: the tall gangly young man with a disreputable shock of red hair who becomes Erin’s good friend and confidant. Sir Edevane: Griffin’s fellow knight and friend. Kat: Griffin’s fiesty little sister.

Sir Griffin travels across centuries to find Erin, the woman he loves. Before they can begin their new life together, he’s sent on a mission to a strange island. When he doesn’t return as planned, Erin assembles a group of his friends to search for him. Followed by his strong-willed sister, Kateryn, they travel to Swansea and secure passage with the notorious Captain Akin.
Erin discovers firsthand how the island has earned its dark reputation when she battles freakish weather, encounters a race of little people known as “Prowlies” and experiences ghosts of the long departed.  Even worse, she discovers there are “ley lines” crossing the island’s mountain peak, creating all sorts of strange phenomena.  Yet these obstacles pale in comparison to the secrets she uncovers while trying to rescue the man she loves.

If you love a time travel adventure with a twist (and a love
story) and haven’t read Not Long Ago, please do. You can continue Erin and Griffin’s story with From Now On. As for what’s going to happen to them in Book 3? It’s too soon to tell, but here’s a hint. As the relationship between the two love birds grows, they’ll have more obstacles to overcome. In addition, you’ll likely see something about the caves in Wales, blood moons and ghost stories.

The It’s About Time series is available at MuseItUp,
Amazon, Barnes and Noble and Goodreads.

Now I'm sure everyone would like to know more about each of these books. 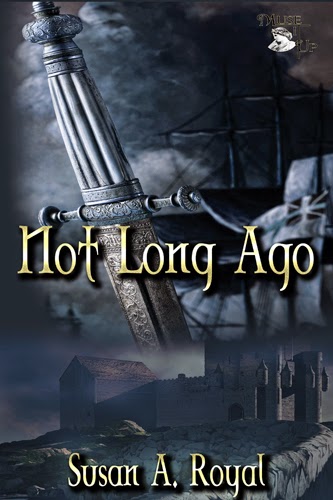 Erin has met the man of her dreams, but as usual there are complications. It’s one of those long distance relationships, and Griffin is a little behind the times-- somewhere around 600 years.

Erin and her employer, March, are transported to a time where chivalry and religion exist alongside brutality and superstition. Something is not quite right at the castle, and Erin and March feel sure mysterious Lady Isobeil is involved. But Erin must cope with crop circles, ghosts, a kidnapping and death before the truth of her journey is revealed.

Forced to pose as March’s nephew, Erin finds employment as handsome Sir Griffin’s squire.  She’s immediately attracted to him and grows to admire his courage, quiet nobility and devotion to duty.  Yet, she must deny her feelings.  Her world is centuries away, and she wants to go home.  But Erin can’t stop thinking about her knight in shining armor. 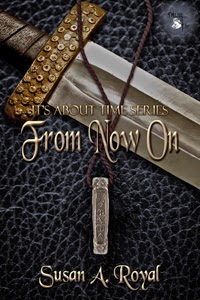 From Now On
Blurb:


Griffin has traveled across centuries to reunite with the woman he loves, but he and Erin may not get their ‘happy ever after’. Not if Lady Isobeil has anything to do with it. She forces Griffin to leave Erin behind and travel to eerie Manx Island. When he goes missing, Erin and his friends set out to find him. Followed by his strong-willed sister, Kateryn, they ride to Swansea and secure passage with the notorious Captain Akin.
Erin sees firsthand how the island earned its dark reputation when she battles freakish weather, encounters a race of little people known as “Prowlies”, and experiences ghosts of the long departed. She discovers “ley lines” crossing the island’s mountain peak and making time travel possible.


Yet these obstacles pale in comparison to the secrets Erin uncovers while determined to rescue the man she loves.

I am a stranger in this world, even though I’ve traveled this way before.
Fate and not design brought me the first time. It hurled me into a distant future, with no idea how or why, taking me from an existence dependent upon modern technology to a place where people fear such things and those who use them. While searching for my way home from this harsh and sometimes violent world, my admiration for its inhabitants who valued honor and duty above all else grew into admiration and respect. I found myself drawn to one in particular, a man who saved me more than once. Only I never expected to fall in love with him.
Torn between my feelings and a longing for home, I returned to my time with only vague memories of my experience. My life went back to normal, but part of me sensed the loss of something more precious than anything I’d regained. Until one day, I saw him again.
This time I’ve come by choice, and it is where I’m going to stay.
Fate willing.

Here are some links where you can find Susan's work and website:

Thank you so much, Susan for being my guest and for swapping with me. Your books sound so good. Who doesn't love a good romance with time travel!!

Until the next time, my February guest for Red River Radio Tales from the Pages is going to be Susan A. Royal. She will be talking at greater length about her books and her life. Also on the same show will be Amy McCorkle, a good friend of mine and an awesome blogger and writer as well as a film producer and TV writer. Amy will be talking about her one woman show: Letters to Daniel, which will be performed by her in June. Amy's accomplishments are too long to list here. You should definitely visit her blog: Letters to Daniel which has been made into a book and is being shopped to several publishers. Amy is a multi published author and film maker. She is an Epic Book Awards Finalist and her films have been Official Selections for several film festivals. You won't want to miss this show.

Posted by Barbara Ehrentreu at 12:48 AM