I am very excited to be hosting Marva Dasef, author of Midnight Oil, Book 2 of Witches of Galdorheim. I have had Marva on my blog before to talk about Book 1, Bad Spelling and I am thrilled to have her back! 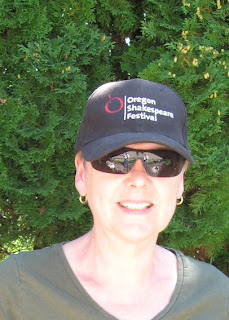 Marva was born in Eugene, Oregon. She graduated from the University of Oregon with a degree in Technical Communications. She spent the next umpteen years working as a technical writer and programmer/analyst. In 2005, she gave up all that glamour for the solitary life of a fiction writer.

She has a dear husband, Jack, who supports her attempt at this new career. Two sons have wandered off to other parts of the country; one in Seattle and the other in Florida. Fortunately, neither one shows any sign of boomeranging back home again (yet).

She has dabbled in a variety of genres looking for the best fit. Since she has published fantasy, science fiction, romance, literary, childrens’, and historical, she’ll keep dabbling.I am so excited to be hosting Marva Dasef, author of Midnight Oil, Book 2 of Witches of Galdorheim series. Marva has been here before to talk about Book 1, Bad Spelling which introduces the quirky and adorable character of Kat.

Here is a little bit about Midnight Oil:

MIDNIGHT OIL - Book 2 of the Witches of Galdorheim
Shipwrecked on a legendary island, how can a witch rescue her boyfriend if she can’t even phone home?
Kat discovers that an evil forest spirit has kidnapped her brand-new boyfriend. She sets out with her brother, Rune, from her Arctic island home on a mission to rescue the boy. Things go wrong from the start. Kat is thrown overboard during a violent storm, while her brother and his girlfriend are captured by a mutant island tribe. The mutants hold the girlfriend hostage, demanding that the teens recover the only thing that can make the mutants human again–the magical Midnight Oil.
Mustering every bit of her Wiccan magic, Kat rises to the challenge. She invokes her magical skills, learns to fly an ultralight, meets a legendary sea serpent, rescues her boyfriend, and helps a friendly air spirit win the battle against her spiteful sibling. On top of it all, she’s able to recover the Midnight Oil and help the hapless mutants in the nick of time.


ELEMENTAL SPIRITS
Earth, Wind, and Fire. Wait for it .... Water. The four classical four elements have been part of mythologies since the first time a smarter than average Cro Magnon decided to cash in on his superstitious tribe claiming to have a direct hot line to the somewhat amorphous deities.
Deities and demons have proliferated over the intervening 20,000 years or so, with the winners being those smarties who knew how to cash in on fear.
Earth: The ground shakes and splits open. Uh oh, the earth god is ticked. If you’ll just give me your hard-won haunch of mammoth, I’ll intercede on your behalf. 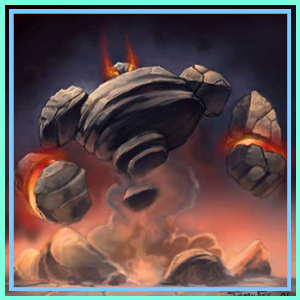 Air: Windstorm coming up. Boy, are you in trouble for holding back on my share of the cave bear hide. Ol’ Wind is mighty pissed.
Fire: See what happens if you don’t listen to what I say. Your whole forest burns because you all are bad people. Just lay a pile of pretty shells at my feet and I’ll see if I can placate the Fire Demon.
Water: Oopsie, a flood. Well, wasn’t I the smart one for building that big boat. Did I mention the fare? All proceeds go to the Water God, of course.
The natural elements wreak havoc and a clever guy makes out like a bandit. As time marched on, the elementals took on different names and personalities. The shyster’s way of collecting for multiple personalities for those four basic elements.
Before a caveman could count, um, one. The world was littered with all sorts of mythological beings lined up by the wise shaman to collect trade goods from the fearful masses.
Besides a plethora of gods and demons which I have mentioned some of already, I selected a lovely forest elemental (notice how the element population is dividing and growing) named Ajatar. She happens to be a Finnish spirit and is the main troublemaker in my second book of the Witches of Galdorheim, Midnight Oil.
Ajatar was known as the Devil of the Woods,(http://www.paranormalknowledge.com/articles/ajatar.html ) so I set her in a magically protected forest glade. She controlled her local flora (writing tree roots, fast-growing brambles) and snakes to protect her cache of boxes, bottles, pots, a bent bicycle tire, laundry detergent, dried flowers, old tennis shoes, and Andy.
Oh, right, Andy happens to be a changeling, a human who spent much of his life in the Troll Kingdom and is now Katya’s main squeeze. Ajatar kidnapped him to draw out her sister, Ilmatar, an air spirit who had been hiding out on Galdorheim disguised as the old witch (she prefers sorceress) Mordita.
Lots of stuff happens, but the sister finally come together in an epic battle (they’re fighting over a man, wouldn’t you know). Ajatar takes her dragon form, while Ilmatar becomes a giant white roc. 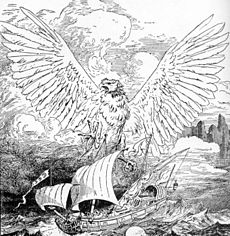 Ilmatar spun, danced, and dived. It was too many years since she had taken her true form. She was the wind, the hurricane, the tornado. Air she was, air she would be. She sighed, and a tree bent with her breath.
She rose with the heat, dropped low and sped across open fields when clouds blocked the sun’s rays. Yet, neither heat nor cold drove her. She flowed over or around as she pleased. When she was in the mood, she flattened everything in her path.
She laughed, and earth-bound creatures cringed at the booming thunder. She smiled, and a gentle breeze danced over hills and valleys. She reveled in her freedom and then grew angry when she thought how Ajatar stole this from her. She’d almost forgotten the power and glory that was Ilmatar.
Now, she’d get payback. Ajatar, she vowed, would regret this day for the rest of her days if Ilmatar the air spirit had any say.
But enough reveling for now. She had a job to do. Gathering free air to her as she flew, she coalesced into a cutting shaft, sharp and deadly as any arrow, and one thousand times as large. She swooped up, down, and sideways, leaving a vortex of spinning air in her wake.
Increasing her speed and the velocity of spin, she smashed through the tops of trees and touched down, a whirling cyclone in the center of Ajatar’s glade. Moss and branches whirled through the forest clearing and trees bent away from her, howling, cracking and snapping, with the thunder of rustling leaves. 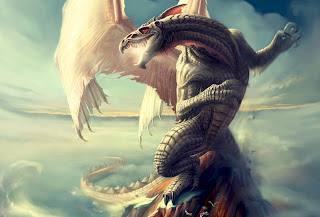 Ajatar had heard her coming; she could hardly miss Ilmatar’s roar. Ajatar grew taller, rising above the treetops, spreading her vast scaled wings. Her mouth gaped and fire roared out. With a single downward thrust of her wings, she soared upward. Ilmatar’s tornado followed close behind.

Thank you for visiting and here is where you can contact Marva.


Until the next time, I am just too busy and I think I have to slow down, but thank you to anyone who is still following my meanderings.:)


Posted by Barbara Ehrentreu at 12:39 PM