My Life Changes and New Poetry 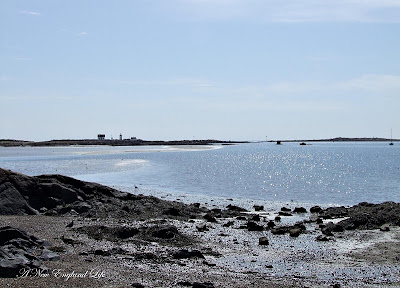 It's been a few weeks since I last posted and a lot has changed!!! My husband came out of the hospital a new person and he has pretty much gotten back almost all of his energy. The prednisone is taking away the calcium and hopefully it is working on the sarcoidosis. he has been able to tolerate it so far [knock wood]. But it does make him kind of manic and it's like truth serum. Anything he thinks comes out of his mouth with no regard for the feelings of the other person. This makes it kind of difficult to feel good, since he knows exactly what will push my buttons. However, there are many things about him in this new incarnation that I like. :)
Meanwhile, I have been writing poetry and tending to my own self. I went to the opthamologist and found out that I have to have a cataract removal operation in August. I don't really have that much trouble seeing, but the doctor said that it should be removed. When I do get it removed they will replace the lens with a new one that will let me see things at a distance. That is something I haven't been able to do since I was 11.:) I will let everyone know the date when it gets closer. It is only a few hours of my time and you get to go home that day.
As for the writing poetry part I am posting all the poems I have written in these two weeks. You will see that some of them are different from my usual style. Enjoy and let me know your comments, please. As always my poems were written to the prompts on Poetic Asides, the website for Robert Brewer who also thinks up the prompts each week. It's hard to write just one poem for each prompt and the people who post there are prolific and excellent poets. Each week we all post and discuss each other's poetry while coming back day after day until Wednesday rolls around again. You could say I and many others are addicted to the website. :)
I wanted everyone to know that one of my poems has been published on the website for Poets for Living Waters. It's called Earth and you need to look for it by title, because they left out my byline. Just click on the link for the poem and scroll down. Though they left out my byline it is in the right alphabetical order on Open Mic (D-G). I wrote to the editors who wrote back and said they would fix the error. However, tonight I went to check on it and they hadn't done it. So I wrote to them again and I am still waiting for an answer. I will let everyone know if I do hear from them in the comments for this blog. Poets for Living Waters was created to use poetry to bring attention to the effects of the oil spill on the Gulf's waters. Poets submit poems that apply to this topic and you can submit by email if you are interested. They are still accepting new poems. You can submit 1-3 poems each time. I am very happy to be in the company of other people from Poetic Asides who have their poems there too.
So here are all the poems I have written since the last post:
Wednesday, July 7, 2010
Prompt: Write a poem for any of these titles:

And as I swam in the distance between
us my heart cracked thinking of this
formless existence without you
A tiny hole appeared, a pin prick only
Yet I fitted a finger through and
realized it was melting as I poked my
head through the larger hole and your
arms surrounded me in a warm apology
copyright 2010 by Barbara Ehrentreu

He leaned over the
railing confirming her lustrous
locks trailing in the azure water
Blinking his eyes the image
remained taunting him singing
a strange high melody, and he leaned
further to hear as the notes hit his ears

In the dark no one saw or heard the splash
But a passenger on the first deck saw a
blob pass the porthole
Too late the announcement came over the
ship’s loudspeaker.
copyright 2010 by Barbara Ehrentreu


Disheartened by the disaster

He sorted through the mounds
of clothes finding pants six sizes
too big barely worn, creases crisp
Swimming on his smaller body.

The loss of money, time, and fashion
too much for his recovering body
he grabbed the bag and tossed it into the
metal charity box hoping somewhere there would
be a man to fit all these oversized disasters.
copyright 2010 by Barbara Ehrentreu
Wednesday, July 14, 2010
Prompt: Write a poem using the title: After the rain
Shoreline after the rain

Even the fireflies
toned down their show
after the rain.
copyright 2010 by Barbara Ehrentreu

Waking after the rain (Inspired by a newspaper story)

Elated the ceiling above their bed had held
they hugged and reaffirmed their love
Preparing for work, he came downstairs
whistling. Feeling ten years younger
as he took the stairs two at a time
a smile on his face

Debris covered the living room floor
bits of tree bark and pieces of leaves
Did the storm blow them through the door?
Confused he moved down one more step
past the protruding wall that had blocked his view
of the ceiling and the hole containing two large
tree branches poking into his living room
So the bang he had heard was not in his dream
after all.
copyright 2010 by Barbara Ehrentreu
Posted by Barbara Ehrentreu at 10:04 PM