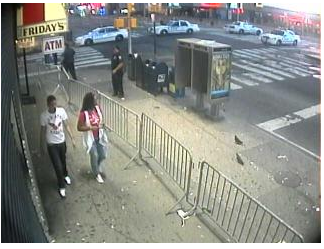 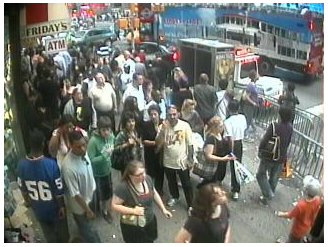 I can't believe the month of April is gone and we're in the second day of May! After several miserable days where it seemed more like March here today was gorgeous and warm. Unfortunately, I've been following the breaking story of the car found in Times Square with what police think is a bomb. They are still investigating it, but they evacuated Times Square for blocks from 45th St to 48th St. It's getting late and I'm staying up to see the mayor and the Police Commissioner. Here they are now:
Sunday, May 2nd at 2AM:
Bloomberg is still in his tuxedo and Governor Patterson is there. The mayor just said that danger was averted. A tee shirt vendor alerted the police about the van and then the police saw the vehicle and decided it needed more help including the bomb squad. There were gas cans and black powder as well as three propane tanks, two clocks and a metal box. They're calling it an Improvised Explosive Device or IED which thankfully had a problem detonating. The bomb squad neutralized it and now they are going to go over everything in another location. Meanwhile it's almost 3AM and Times Square is still barricaded. Another terrorist attack has been thwarted.
These are the last poems for April. I haven't had any comments yet, but I would love you to tell me which were your favorite poems for April. Enjoy the last two poems.
Poem for Day 29
April 29, 2010

And suddenly the month
was about to end
And I hadn’t written half the poetry that was
inside of me. The caged words banged against
the walls of my brain wanting to be released

And suddenly there was only one more day
to bring those images forth from my own mind
To mix with the myriad impressions of life all
had written and pasted onto the comments in straight lines
One after the other a parade of poems moving downward
until the blank comment box showed the end.
copyright 2010 by Barbara Ehrentreu

From first touch of your lips on mine
it’s been a wild ride, my own private
Disney World when it was right
I hung on, but now the ride is over
and all that is left is the empty midway
copyright 2010 by Barbara Ehrentreu
I'm very sad about the challenge being over, but it was lots of fun writing a poem a day. For anyone else who participated I hope you had as much fun as I did. Until the next time I hope you will let me know which poem is your favorite and thank you to all my readers.
Posted by Barbara Ehrentreu at 9:53 PM