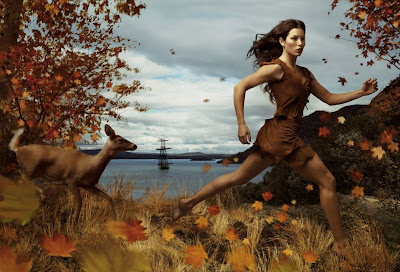 Pochahontas Discovered is based on this photo

Though I wrote a poem every day I didn't post at all this week. Part of the reason was I was so tired I couldn't see the words. But tonight I decided to post all the poems I wrote including the one for yesterday. I hope you enjoy them and please remember to leave a comment. I love to know how people see my writing.:) If you are interested in joining this challenge you can go to Poetic Asides read the prompts and post your own work. Or you can contribute your own poem here for any of these prompts or you can write your own ignoring the prompts.

A too much information poem prompt:

I’m having trouble writing this
because I always give too much information
My mouth spews it out
as if it were water.

In life I am bombarded with too much information
I mean who wants to know that this starlet or that golfer
cheated on their spouses
And certainly it’s not necessary to drag out all of the people
with whom they cheated.

Isn’t it too much information to learn a revered music idol
had an affair? Does the music get worse?
We don facades to keep stuff from leaking out.

It’s enough to know it was a fire
Don’t describe it or the smell of
smoke that continues to cause
ripples of fear when I smell it anywhere
Don’t tell about the loss of life.
Enough to say it was a fire
Anything else is too much information.
copyright 2010 by Barbara Ehrentreu

Autumn grass carpets my forest
littered with fallen red and gold leaves
My doe friend, trods behind aware
the air is changed

We trek well worn paths
aware of the presence in the water and knowing we must flee
The empty water holds a boat larger than I ever saw
Can we escape this terror?

I know these paths
Their secrets revealed as I wandered
them with my friends the deer
The land belongs to us all
I tend it with care.
copyright 2010 by Barbara Ehrentreu

Until their words don’t hurt me

Though tattered and pieced together
it puts a brave face to the world
And ignores the mean spirits
as if they were feathers in the
air of my life.
copyright 2010 by Barbara Ehrentreu

Then the time arrives and there I am
in their hands pounding metal and wood
Bang, bang, bang, bang
The ping sound makes their ears pop

At the end pin meets wood and I have done my job.
copyright 2010 by Barbara Ehrentreu

Years later she flashes her smile
open as a Kansas prairie
no one sees the pain underneath
masked by years of pretending
reminds herself she is a wife and mother
recalls the days when she walked down those
cobblestoned streets wanting this.

Now she is fury wrapped in cashmere
a whipped cream lion
roaring into an abyss
vulnerable as a baby’s skin
loyal to a fault who
wishes these strangers would crawl into her
brain and see the reality of her life.
copyright 2010 by Barbara Ehrentreu

Posted by Barbara Ehrentreu at 1:46 AM