My Thoughts on the 50th Anniversary of the Death of President John F. Kennedy 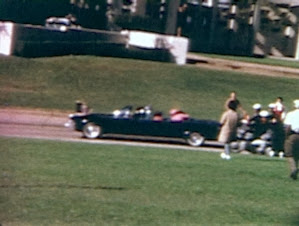 Where were you when Kennedy was killed? This is the question everyone who was living in 1963 is asked. Where was I? I was in a class in college and when the classes changed someone said that the President was shot. So in my next class we all listened to the radio to hear the news and we found it was true.

The moment I heard it was real was the first time I ever felt that the world might not be as good as I thought. I was a nice Jewish girl brought up in Brooklyn and Queens. I knew that people weren't always good and I didn't believe that everything was great in the world, but I did believe that the people who ran our country would always be there for us. So I was in shock for a very long time. Soon after this class the college closed and we were all sent home for the weekend. It was close to Thanksgiving recess anyway.

When I got home I couldn't stop watching TV, though my family and I went to a memorial service at our temple. Here we saw everyone crying as if it were someone in their own family. We got back and I went back to watching Walter Cronkite trying to make sense of the events for us. I saw everything that happened on TV including the arrest of Lee Harvey Oswald and his shooting by Jack Ruby. They played the footage of the president being shot over and over again and Walter Cronkite stayed up all night covering this event. I know, because I also watched all night. It was the first time I couldn't get enough of the news.

Years later after I was married and we lived in Buffalo the stories of the shooting continued to appear and in counter culture magazines, such as The Realist, conspiracy stories popped up. My husband and I didn't really think much about them, but then the research came out and the Zapruder tape was revealed and suddenly they didn't seem so crazy anymore. Though many people have come to believe it was a lone gunman at Deale
y Plaza my husband and I side with the people who think there were more than one and that shots came from the grassy knoll too.

We will never know the truth until the records on Kennedy's death are unsealed in 25 years. I hope I am around to find out what really happened. However, tomorrow, it is enough to mourn the loss of a truly great President. Was he always the best in his personal life? No. However, he was the first adult to inspire me to do better things. My husband and I enrolled in the Peace Corps and we almost went until we decided it wouldn't be right for us. I sometimes regret we didn't go, because it would have been a great experience, but at least we tried. President Kennedy gave everyone hope as President Obama gave everyone hope. Above all, I believe that is a president's job to inspire people to do great things.

So RIP President Kennedy.
Posted by Barbara Ehrentreu at 2:52 PM