Just when you thought it was safe to close up your Kindle or Nook, because you have gotten all the books you need for your summer reading, here comes The Unhewn Stone by Wendy Laharnar. Wendy is my guest author and we are switching blogs today. So once you finish learning all about Wendy and her new YA book, come over to Wendy's blog and read my post. This is the last of the Summer Teen Reading blogs and I think I will miss them. We only expected this to go through May, but there was so much interest we spread into June! 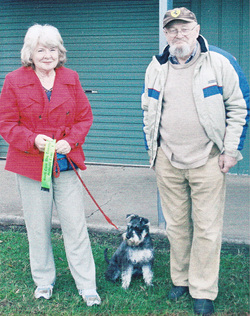 
She is a fourth generation Australian married to a Slovenian. They have two creatively talented adult children; one a writer, the other a musician, and three terrific grandkids who are happy in their employment and fast becoming independent. It is easy to be very proud of all of them.
She and her husband live on the coast with Spitzli our Mini Schnauzer. Swimming in the salt water pool in summer and walking on the beach in winter are two of her favourite things. Following Ferrari in Formula 1 is also special to them.They travelled to Melbourne to see Michael Schumacher race at the Albert Park track.  After their life in the city, where they raised their kids and she worked as a registered nurse in public and private hospitals, they moved to the country. She and her husband raised beef cattle in the Southern Highlands of NSW for sixteen years. They loved the land and their animals, including their beautiful German shepherd, Tiger, and they lived an idyllic life in spite of the bitter winters and often-scorching summers.  Some of their cows left a greater impact on them than others. Billy the Bonsai Bull, star of her children's chapter book Billy the Bonsai Bull, was one of them.

One trip to New Zealand with their family, and four trips overseas to Europe have satisfied their long distance travel urges. They loved visiting her husband's relatives and seeing different countries – countries with so much more Western history than theirs. In Switzerland she enjoyed the time spent in Wilhelm Tell's birthplace, Bürglen, and visiting Altdorf, Lake Luzern and Küssnacht where the legend played out.  Knowing this setting so well, and because of the help from her new Swiss friends, Conny and Antonia and their families, She found writing The Unhewn Stone and the subsequent amendments so much fun and very rewarding.Now, their travel plans are limited to within Australia and must include pet-friendly accommodation, which is not easy to find. She'd fret too much for Spitzli, if they had to leave her for too long.They had a party for Spitzli on her 1st birthday with three of her little dog friends. On her 3rd birthday she will have a bigger party. It will be her 21st in dog years. At the moment she's about to enter her teenage years. Obedience training is working well. She cooperates quite willingly, but does tend to talk back if she thinks Wendy has been unjust e.g if she withholds a treat when she thinks she has performed her task well enough.Work for Wendy is pleasurable but there is pressure, necessary to keep the adrenaline pumping, since she has a dead-line to meet with publishing Calamity's Corner each month and with finding time to do the one thing that brings her the most personal satisfaction, writing. It is funny and it's wrong that she should struggle to find time to write, when she has no trouble finding time to set up internet accounts to promote herself as a writer and 'talk' to other writers. Perhaps it has something to do with her being a Gemini - a communicator. Nevertheless, she'd rather be writing her full length novels - that part written fantasy trilogy, 'The Elfin Bride'; the 2nd draft of the psychological thriller "Cover Story' and the mystery she's polishing now, 'Motive for Murder.'As a child she loved her schools and later University (UNE, Armidale) -BA in English Lit and Classical Lit. in translation. She also enjoyed her diploma course in Professional Writing - Fiction and Freelance Journalism. She likes learning so that's why it's easy for her to lose herself in research. Since she mustn't waste all that pleasure and learning, it's less talk and back to writing for Wendy.

What makes The Unhewn Stone different from other Historical YA novels? 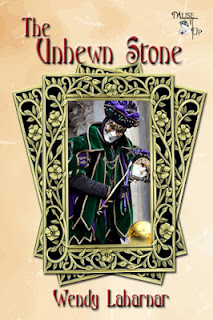 THE UNHEWN STONE is a coming of age
novel, set in 1307AD , where a
modern youth is trapped inside the
Wilhelm Tell legend.

This hero's journey is underpinned with
alchemy, religion, myth and magic. On the
surface the story is a fast paced YA
adventure, but the deeper philosophic
layers should appeal to adults. The e-book
is ideal holiday reading, especially since the
story begins and ends at Christmas.

Rather than letting my main character be a
descendant of the revered Wilhelm Tell, I
made him belong to the tyrannical Gesslers.
So despised was that name, when my new,
real-life Swiss friends realized Stefan was a
Gessler they were horrified. How could such a ëheroí
have a happy ending? How, indeed? Hehe.


Why did you send Stefan from the beautiful Swiss valley and his parentsí guest house,  into the Dark Ages? Didnít he have a good life entertaining his neighbours with singing and conjuring tricks?

Yes butÖ The real reason? Because I wanted to experience life in the Middle Ages for myself. It wasnít that ëdarkí either. There were some pretty smart people in that era. Of course the Swiss setting in the region of the Tell legend is absolutely stunning. That hasn't changed. Given the chance, Iíd go to the Middle Ages again.

Stefan has to go for altruistic reasons. He is the messenger, the Chosen One. If he can prevent his tyrant ancestor from sparking the Wilhelm Tell legend then Hermann Gessler wonít make Tell shoot the apple off his sonís head, and Tell wonít kill the tyrant. Without the legend, Stefanís family name will not be dishonoured.  He will remove the 700 year old stigma.

Besides, Stefan doesnít leave his beautiful Swiss valley. J He is transported to the same place, 700 years in the past, and his grandfather, a science enthusiast and magician, promises him a reward. Stefan has a complex about his lame leg and scarred face which he hides behind masks. His grandfather said heíd lose his complex and gain his heartís desire if he restores the family honour and discovers how the alchemist changed base metal into gold. Stefanís heartís desire is the lovely Ursula, even though he doesnít stand a chance with her.

Being educated in the twenty first century, Stefan would be much more intelligent than his ancestors. Heíd have no trouble coping with life in the ancient world, would he?

Stefan considers himself very smart, in both worlds, but almost everything he does meets with ridicule and lands him and his companions into one dangerous adventure after another. He soon discovers how vulnerable he is when his medieval cousin, Rolf, isnít around. You see, Stefan is mistaken for the alchemist and is accused of complicity in murder.

Why doesnít he use his orb and go home to his own century when the going gets tough?

Stefan wants to go home to his best friends Uri and Uriís sister Heidi. They accept him for who he is, but he canít, because Tell stole half of the magic orb that keeps open the wormhole.  Heís trapped in the 14th century with a shape-shifting sibyl and an evil knight who hate him. For their own separate reasons, they want him dead.


So does he make any friends there?

Oh yes, his ancient family are lovely people from the nobility. Well maybe the tyrant governor isnít so pleasant towards Stefan, but he is decent. Of course they canít grasp that Stefan is from the future. They think he is an eccentric relative from Berne. He doesnít quite fit in, until he dresses in a harlequin costume and entertains the villagers in the old town square. I mentioned Rolf, a nobleman who has a forbidden love for Tellís wild daughter, Eva. Outsiders affect Stefan, too, honest people such as a young soldier; an innkeeper's daughter, and a Black Monk.

Since Stefan is always hiding behind some costume or mask, does he have an identity problem?

Haha. You could say that. He thinks pretending to be someone else would make it easier to be himself. You know, he'd have more confidence with his face hidden. And yet, he refuses to wear peasants clothes. So stubborn and proud at all the wrong times. He learns lots of things about himself in the medieval world...the hard way. At the same time he feels like a tourist from his own era and wants to enjoy his experience as much as any traveller would.

Wendy's website  My Imagination  with a widget of the stunning Swiss setting, and the book trailer video.

Posted by Barbara Ehrentreu at 11:44 AM