Things have been so crazy for me this week, but I am happy to introduce to you, Sheri Swift, my guest author. We will be switching places today. Sheri is coming here and I'm going to her blog:

Sheri and I met at SheWrites in the Blooming Late group and if anyone here is over 40 and needs some support from caring and supportive women this is the place for you. Actually SheWrites is only for women of all ages and if you browse their groups you will find one especially for you. The Blooming Late group has been a wonderful place where I can go and find people who will just listen!!! I have the link on my Author page.

You can find my post on Sheri's blog today.

Here is more about Sheri: 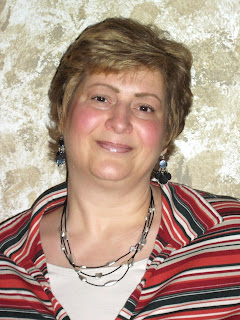 SHERI L. SWIFT AUTHOR BIO
Sheri L. Swift originally wrote her story (LEGEND OF THE MER) when she was seventeen in her Junior year of High School; in her creative writing class.  After that, she says that life happened and she went on to marry and have four daughters.  When her baby finally entered College she began to rewrite the story.
Although Sheri L. Swift was raised a West Coast girl, she and her family moved to the Blue Ridge Mountains of Virginia in 1995.  They quickly fell in love with the East Coast and began vacationing there.  After her daughters went on a Mission Trip that included time on Ocracoke Island along the Outer Banks of North Carolina, she began to draw inspiration for her Safe Harbor Island.  She believes that Ocracoke's rich history inspired her to write a better story.
Sheri L. Swift is a wife, mother of five daughters (one *adopted* from her Church Family), five sons-in-love and grandmother of eight.  She says that they are the joy in her life.  She leads the Prayer Ministry for her Church (Blue Ridge Fellowship) which is a Purpose Driven Church.  She considers herself to be an inspirational writer and also enjoys writing poetry.  She’s also a cancer survivor.
You can find out more about her:
Blog:  http://sherilswift.blogspot.com/
Twitter:  @sherilswift
Facebook:  http://www.facebook.com/pages/Sheri-L-Swift-Author/114628845317356 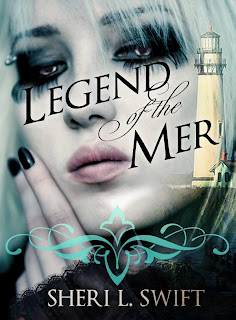 Book LEGEND OF THE MER:

After reading this excerpt I hope this book will be out soon. Sheri says it will be out sometime in 2012.
If you visit Sheri's blog and leave a comment, I am giving away a free ebook of If I Could Be Like Jennifer Taylor, which I can tell you has been enjoyed by both young adults ages 10 and up and older women as well as some men.:) Don't take my word for it. Go read my reviews!! I have them posted here on the Review page or you can read them on Amazon.
Posted by Barbara Ehrentreu at 12:04 PM

Labels: Barbara Ehrentreu, if I Could Be Like Jennifer Taylor, legend of the mer, sherie swift