Some Things You Didn't Know About Lea Schizas! 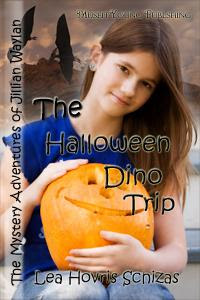 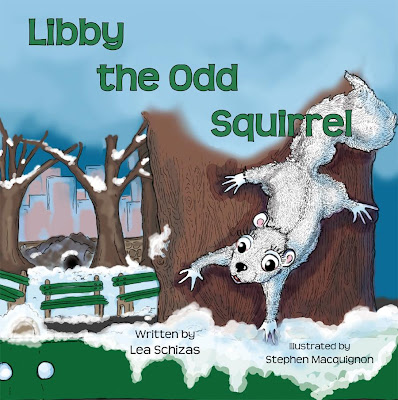 It isn't an easy task interviewing a Goddess, but our publisher of MuseItUp Publishing,
Lea Schizas, although she is knee deep in work, managed to take the time out to answer a few questions. In this interview you might find out things about her you didn't know. I am honored to present to you my interview of Lea Schizas, who makes everything she does seem easy.:)
Questions for Guest Author, Lea Schizas
Barbara: 1. Where were you born? How has where you lived as a child influenced your writing?

Lea: I was born in Montreal and the proximity to a small bookstore influenced my writing. I was a local 'sit by the shelves and pull a book and read' type of a kid. Most of the time I purchased comic books that have helped me hone my cliff-hanging chapter endings in all of my books.


Barbara: 2. You are a writer, publisher of MuseItUp Publishing, founder of the Muse Online Writer’s Conference, author of MG and YA books. You have a radio show, two blogs, and continue to keep tabs on your Muse authors. Do you have any secrets you can share about how you do all this?

Lea: Yes, you need to be a tad nutso/crazy/psycho...or simply love what you do, and I absolutely love what I do.

Barbara: 3. Earlier in your writing career you were involved with Apollo’s Lyre, an award winning online literary magazine. Would you tell us how and why this was founded?

Lea: I have to say that Apollo's Lyre was a launching pad for my career. It helped me build my career as an editor but also taught me how to really analyze submissions and pick and choose which articles/stories to add to each issue. It was originally founded by three of us, Bret Wright, and Dr. Patricia Ferguson who has since passed on. We wanted to create an ezine that appealed to various readers, offering a bit of poetry, writing articles, fiction, book reviews, and more. And since 2003 we're still around but with new editors along to maintain the quality we've began with.

Barbara: 4. When did you begin to write? Was there anyone who influenced you?

Lea: I joke that I began to write while still in my mom's womb, mistaking the umbilical cord for some neat writing implement. hehehe Actually, no one influenced me other than the comic books but later, as I grew up, I found out my dad played a short stint as a journalist and read some of his greek stuff...very prolific man so I guess his genes were a big factor.

Barbara: 5. In your bio you say you are called Mother Hen. Would you please tell our readers about your family and how you got the name?

Lea: Mother Hen has been donned on me by writers, not my family, because I have a huge soft spot for writers who are eager to enhance their writing, who want help, or guidance, or anything else that I may be able to be there for them. I also carry a mean wet noodle with me but that's only out of love. LOL So basically Mother Hen is because I try to protect and help writers that they felt the need to give me that title.

Barbara: 6. The Muse Online Writer’s Conference has revolutionized the idea of conferences. How did you get the idea for this? What does it take to continue to bring this conference to us?

Lea: This year, in all honesty, I'm behind with the preparations of the conference, but the idea came about when a question was posed to writers: How many attend writers conferences? There were three distinct answers that came back: 1- can't afford it 2- live too far to justify expenses 3- have a disability that prevents me from attending. I thought, along with Carolyn Howard-Johnson, how sad so many can't get involved in this amazing mingling and mentoring arena. Thus, the FREE Muse Online Writers Conference was born in 2005. We host it every October.

Barbara: 7. Please tell the readers what books you have written and a little about each book.

Lea: You can go to my temporary website, The Writing Jungle where you can find all my books and a few words about each of them.

Barbara: 8. You have written both fiction and non-fiction books. Which do you prefer to write and why?
Lea: I prefer fiction because in all honesty I am not a fan of research. I allow my characters and their imagination to lead me to disasters.

Barbara: 9. Your latest book, Libby the Odd Squirrel is being published by 4RV Publishing as was Bubba and Giganto. Why have you decided to go with a publisher other than MuseItUp Publishing?

Lea: These were books submitted before MuseItUp Publishing came around. I do have two books that were accepted by MuseItUp Publishing, and yes, I had to go through the same submission assessment as everyone else, and one other story was actually rejected. LOL Nothing at MuseItUp gets through unless the writing shines, and the plot is strong, and I knew that third story was lacking but tried it anyway and very pleased to see the editors unanimously rejected it.

Lea: Oh, a pantser for sure. The characters whisper or yell or scream or drag my writing pen in the direction they want. I have to allow them to lead me otherwise the funny farm won't give me day passes.


Barbara:11. With MuseItUp Publishing expanding, how do you keep up with the amount of work this entails?

Lea: Like in any other business where one cares to make sure the product and satisfaction of all involved maintains at a high degree, I have to be on the computer 24/7...so to speak. I allocate an hour here, an hour there for various jobs, like editing, reading submissions, formatting, uploading to vendors, maintaining websites, answering emails, etc. This past month, however, I've had severe internet woes that has backlogged me so now scrambling to catch up.

Barbara: 12. Do you have any hobbies? How have you incorporated them into your writing?

Lea: I used to crochet dolls and sell them at craft fairs, or give them away to charities. It's an art form that has helped me tweak my writing because each stitch is similar to a tweak on a page--you perfect each stitch like we perfect each scene with clarity and precision.

Barbara: 13. There is a standing joke between you and another writer that you want to know if any other writer has a notebook in the john. Do you really have one there and how important is it to you?

Lea: I have notebooks all over the house because while cooking a splash of oil from the stove might remind me of a scene in a WIP so I need to write it down right away. As for the john...hey, what do you want me to say...the john is a place of escape where I can stay a bit longer without being a 'mommy' and answering questions and yes, I have a book in the john and jot down notes as they come to me. LOL

Barbara: 14. How do you manage to promote your own books while promoting all of your Muse authors? Have you ever run into any conflicts while doing this?

Lea: I need a wet noodle because even before I was a publisher I spend more time promoting other authors than my own books. The only conflict I run into is that when asked to be a guest, I procrastinate only because I know I need to promote others. Otherwise, promoting is simply part of being a writer/publisher. While I'm out on the social networks promoting Muse authors I try to promote my own work, too.

Barbara: 15. Where do you see MuseItUp Publsihing in five years? How many authors do you plan to add?

Lea: Naturally, my goal is to see MuseItUp Publishing as one of the top five ebook houses. This takes a lot of work, consistency playing a major role, and what do I mean? Consistency to make sure I am there for authors, consistency to make sure the quality is there for readers/buyers. Without authors there wouldn't be a publishing house, and without satisfied readers there would be no need to maintain a house. So authors, staff, and readers are the top three things of importance to me and Litsa, my partner. As to how many authors we plan to add...that's a hard question because we don't go by a set number but by the quality of submissions we receive and like and contract. Muse is geared to go more toward hosting our authors works and opening up to new authors during certain periods of the year. We'd like to help our authors grow in-house.

Barbara: 16. There are three divisions now for Muse, MuseItYoung, MuseItUp, and MuseItHot. Are you planning on adding any new ones?

Lea: That's it for now. MuseItUp hosts our mainstream, MuseItYoung all of our tween books, and MuseItHOT hosts our erotica romance books. If there will be any in the future there's one category I'm looking at right now but will be for specific themes--non-fiction.

Barbara: 17. Do you have a WIP? Will you be publishing it?

Lea:I have about 30 WIPs and at this point my goal is and has been to get an agent. But first I need to finish my WIPS.
Lea, it has been a pleasure spending time with you and I'm so happy I was able to drag you away from your work to speak with us. You deserve an agent and I don't know why they aren't begging you to become their author.
Until the next time, thank you for continuing to follow my meanderings and hope to bring you more excellent guest authors. I will be doing a guest spot on Viviane's blog (link later) and my next guest author is Marva Dasef, whose book Missing Assumed Dead is being published in July.
Please leave a comment for Lea. She hasn't said if she is giving away anything free, but I'm sure she would love to answer your questions when she can.
For those who are following the saga of my husband's wound, he is going for hyperbaric treatments starting next week. He is also walking much better on his own and should be back to normal soon. Thank you to all who have prayed and continue to pray for him. Your prayers have meant a great deal to me.
Posted by Barbara Ehrentreu at 11:52 AM